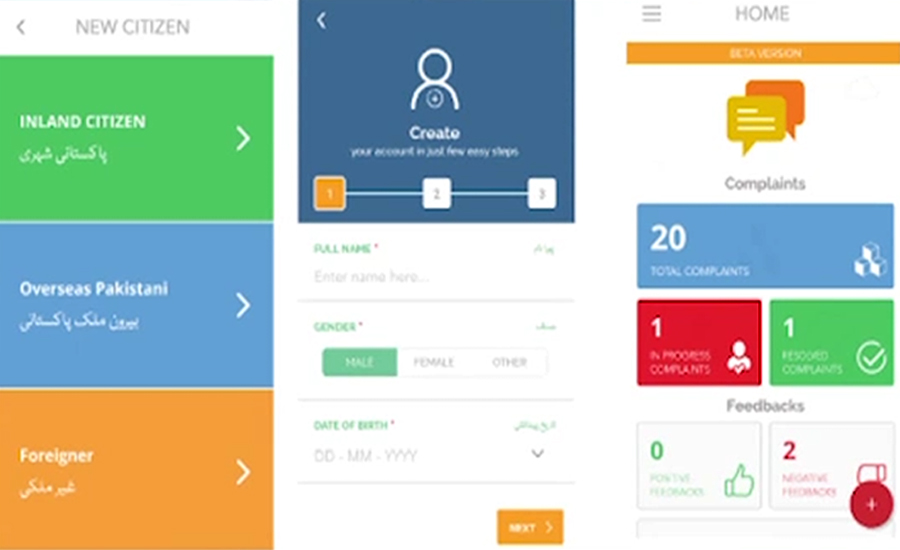 ISLAMABAD (92 News) - Pakistan Citizen Portal (PCP) continues to gain popularity among masses as the number of registered users has crossed 2.8 million mark on Thursday. According to the data released by the Prime Minister’s Office, over 1.5 million users have expressed their confidence over the portal as the majority of the complaints were redressed. As many as 2.2 million complaints have been resolved out of 2.3 million. As per province-wise break, 976482 complaints have been resolved so far out of 1038351. 781094 out of 875026 grievances related to federal institutions were addressed and 149898 out of 266276 complaints were resolved in Khyber Pakhtunkhwa. The majority of pending complaints are in Sindh province, where 10000 users are still waiting for the resolution of their problems. “107555 complaints of overseas Pakistanis were timely addressed”, said the PM House. The portal also reviewed the performance of the provincial governments in the wake of complaints lodged via Pakistan Citizen Portal (PCP). On November 1, Pakistan Citizen’s Portal, established by Prime Minister Imran Khan had become the most popular platform used by the public to seek redress of their grievances against various government departments. Through the portal, all citizens could convey their complaints to high officials and Prime Minister’s Office made sure that these complaints were resolved.