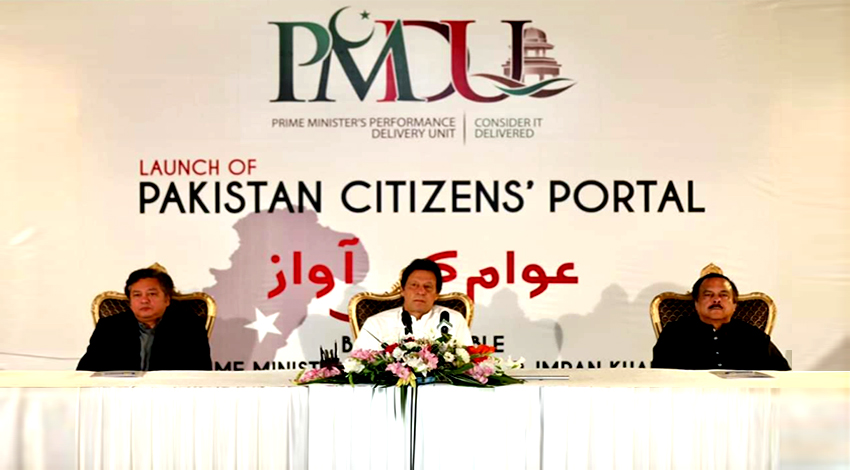 ISLAMABAD (92 News) – Prime Minister Imran Khan has said that the government is working to improve the governance structure to make the future of country prosperous. He was addressing a ceremony after the inauguration of Pakistan Citizens' Portal in Islamabad today. The priem minister said that Pakistan has immense potential and we need to work hard to make this country better. He said ‘Naya Pakistan’ will be created when people start owning the system after having confidence on the government. Imran said indigenous development of this app is appreciable and it reflects that old colonial mindset has been replaced with accountability for all including government, politicians and public servants. He said Pakistan Citizens’ Portal will enable the government to understand the performance of ministries and departments. Secondly, future policies will be made after getting the public response and feedback. The Prime Minister said it will also give a better voice to overseas Pakistanis and expatriates. Imran Khan said our policy is to improve the ease of doing business to attract foreign investment in the country which will help the economy. He said he will get report on weekly basis to check the performance of various government departments. He said the reward and punishment system in public sector will also become easier with the coming of this system and the promotions of government servants will be judged on the basis of their performance. Pakistan Citizen Portal has been set up at Prime Minister's office with an aim to timely address problems of the people and get their feedback. The Portal will be used to send complaints and suggestions to Prime Minister Office directly. The Prime Minister’s Office will oversee the process of addressing the public complaints and implementation on recommendations. For downloading the app of Pakistan Citizen Portal click the following link or image: https://play.google.com/store/apps/details?id=com.govpk.citizensportal