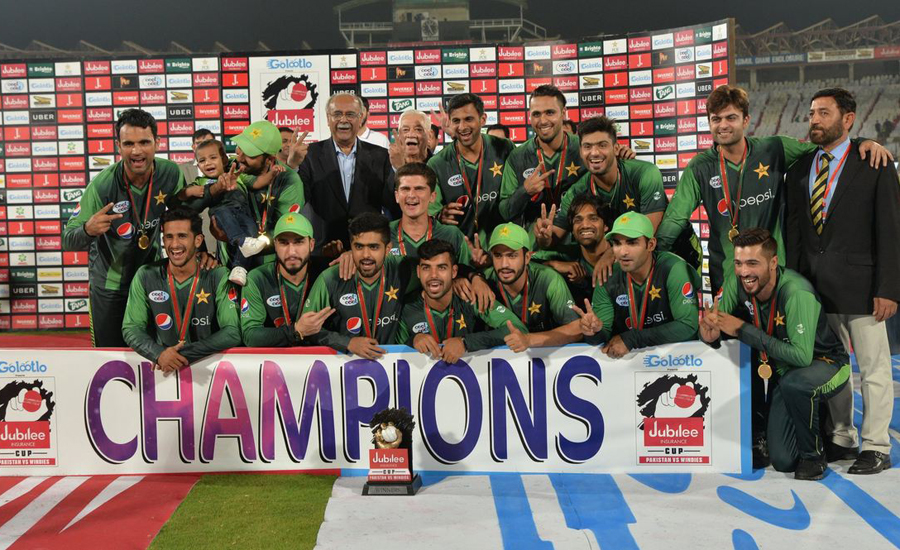 KARACHI (AFP) – Pakistan produced another imperious performance to beat the West Indies by eight wickets in the third and final Twenty20 international in Karachi on Tuesday (Apr 3), completing a 3-0 clean sweep of the series. The West Indies fared better with the bat compared with the first two matches, reaching 153-6 in their 20 overs after winning the toss. Opener Andre Fletcher scored a 43-ball 52 - his team's only half-century on this tour. It was not enough, however, as Pakistan got to the total comfortably, with opener Babar Azam scoring a rapid 40-ball 51. The hosts raced to 61 in the sixth over with left-handed opener Fakhar Zaman smashing two sixes and six boundaries in his 17-ball 40. He miscued a drive off Rayad Emrit and was caught behind, but Azam and Hussain Talat continued Pakistan's domination with a 52-run stand. Talat finished with 31, and Asif Ali scored 25 not out as Pakistan chased down the target in 16.5 overs. "When I first took over the captaincy, (coach) Mickey Arthur told me that we should become consistent. We are giving the boys a consistent run in the team and so we are flourishing," said Pakistan skipper Sarfraz Ahmed. He also thanked the fans in Karachi, his home city. "Karachi has won (people's) hearts. I want to say that lot of people are hurt with no cricket in Pakistan, but we will try our best to have more," he said. 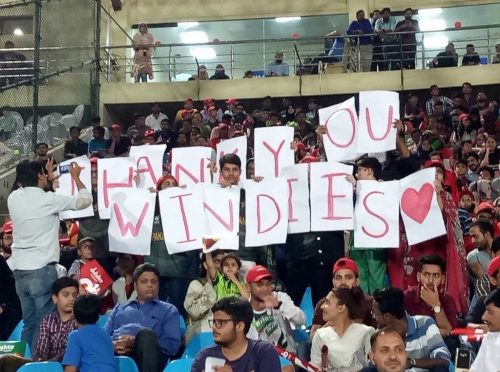 West Indian captain Jason Mohammed said his side fell short again but pointed to an improved performance. "We weren't good enough again, but happier to play a decent game. There were lots of youngsters in our squad, including myself," said Mohammed. "The Karachi crowd was excellent." Earlier, Fletcher added an invaluable 72 runs for the second wicket with Marlon Samuels who scored a 25-ball 31 with two sixes and as many boundaries. Denesh Ramdin cracked a fiery 18-ball 42 not out with four boundaries and three sixes -- two in the last over from Usman Shinwari - as the West Indies scored 57 in the last five overs. Leg-spinner Shadab Khan finished with 2-27 while Mohammad Nawaz, Shinwari and Faheem Ashraf took a wicket each. Two players made their T20 debuts on Tuesday - teenage paceman Shaheen Afridi for Pakistan and Andre McCarthy for the West Indies. Pakistan won the first match by 143 runs and the second by 82 runs. Karachi hosted all three T20s, the first international matches in the city in nine years. The series is the latest in a number of steps taken recently to help revive international cricket in Pakistan, which was suspended for years after a 2009 militant attack on the Sri Lankan cricket team in Lahore. The victory on Tuesday also strengthened Pakistan's position at the top of the world T20 rankings, with a four-point lead over second-placed Australia. Since Sarfraz Ahmed took over as skipper in September 2016, Pakistan have notched up series wins over England, the West Indies, Sri Lanka, New Zealand, and a World XI side.