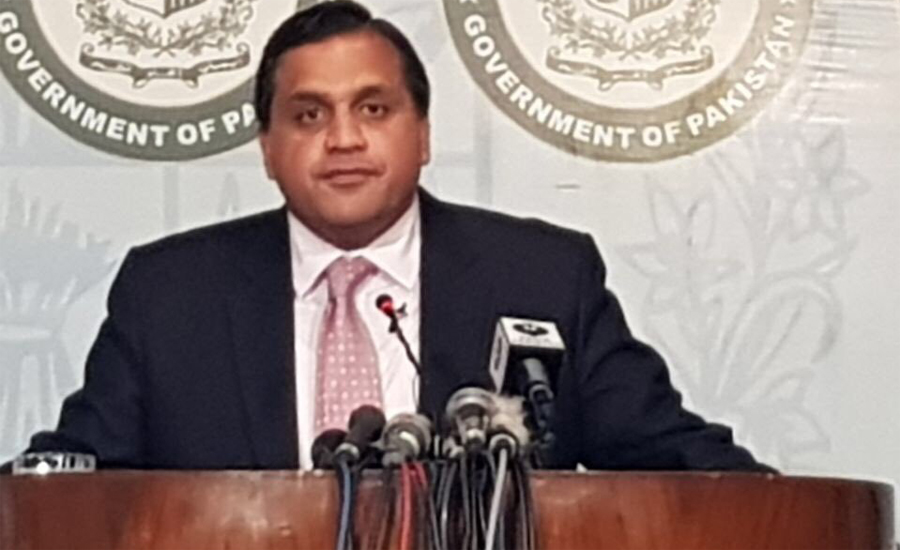 ISLAMABAD (92 News) – Pakistan has strongly condemned the brutal assassination of Kashmiri leader Hafizullah Mir and the continuing Indian atrocities in IOK. According to the Foreign Office Spokesperson Dr Muhammad Faisal, three Kashmiris were martyred and eight others, including three girls, injured on Tuesday. In Occupied Kashmir, Tehreek-e-Hurriyat Jammu and Kashmir senior leader Mir Hafeezullah was martyred by Indian army men in disguise in Islamabad district. The Indian armed agents barged into the house of Mir Hafeezullah in Achabal area of the district and opened indiscriminate fire, injuring him and his wife. They were rushed to the nearby hospital where doctors pronounced Mir Hafeezullah dead. Mir Hafeezullah, who was the Tehreek-e-Hurriyat District Islamabad president, played an instrumental role in the 2016 uprising. He was released from Indian jail last month, and had been receiving life threats from unknown phone numbers. He even informed police about these anonymous calls. Before him, three other Hurriyat leaders namely Muhammad Yousuf Nadeem, Hakeemur Rehman Sultani and Tariq Ahmad Ganai had become victims of target killing since February, this year. Hurriyat leaders Mirwaiz Umar Farooq, Muhammad Yasin Malik, Democratic Freedom Party and Jamaat-e-Islami in their separate statements strongly condemned the targeted killing of Mir Hafeezullah. Meanwhile, Foreign Office Spokesperson Dr Muhammad Faisal has appreciated the statement of Organization of Islamic Cooperation (OIC) Secretary General Dr Yousef Ahmed Al-Othaimeen conveying firm support of the OIC to the Kashmiris and call for urgent establishment of the COI recommended by the OHCHR. Presiding over a seminar and photo exhibition jointly organized by the Pakistan Consulate and the OIC at the OIC Secretariat in Jeddah, Dr Yousef Ahmed Al-Othaimeen reiterated OIC’s full support to the people of Kashmir in their legitimate struggle for securing their inalienable right to self-determination. The OIC chief called upon the Indian government to stop using brute force against the Kashmiri people. He informed that the Kashmir dispute has been one of the most important preoccupations of the OIC over three decades. Dr Al-Othaimeen condemned the human rights violations being perpetrated by Indian troops in occupied Kashmir. He recalled his recent meeting with Pakistan Prime Minister, Imran Khan, during which they particularly discussed the Kashmir dispute. He said that he had assured the prime minister of OIC’s unflinching support on the Kashmir cause.