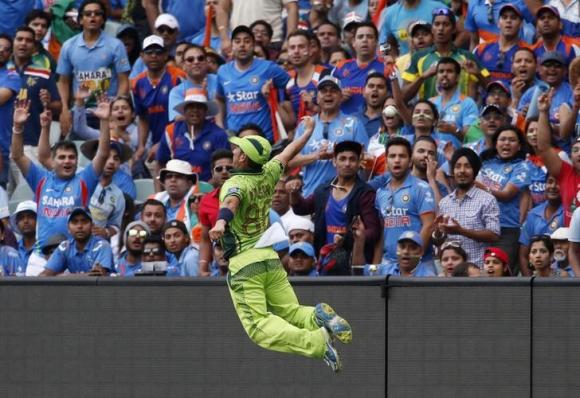 ADELAIDE - Pakistan are toying with the idea of recalling leg-spinner Yasir Shah for Friday's World Cup quarter-final against Australia. Shah, 28, has not played since Pakistan's opening pool match against India but coach Waqar Younis said he was being considered as a replacement for injured fast bowler Mohammad Irfan. Shah has only played two One Day Internationals in his career but showed good form against the Australians, capturing 12 wickets in last year's 2-0 test series win. Waqar said he could be picked depending on the state of the Adelaide Oval wicket. "We have discussed Shah but we will look at the pitch and if it's conducive then we will see how it goes," Waqar told reporters on Wednesday. "It's a big game, a quarter-final of the World Cup and we all are very pleased to be here. "We know Australia play very aggressive cricket and we have to match that. We can beat Australia but for that we have to be very positive." Pakistan lost their first two pool matches of the World Cup but rebounded to win their next four and book their place in the knockout phase. But their chances of upsetting co-hosts Australia suffered a blow when the towering Irfan was ruled out of the rest of the tournament after suffering a stress fracture in his pelvis. "It's unfortunate that we lost Irfan just at the wrong time," Waqar said. "It's a huge loss. He was an X factor for us but we have got to live with it." With Irfan unavailable, Pakistan are likely to lean on Wahab Riaz, Sohail Khan, Rahat Ali and Ehsan Adil for their pace attack, although the makeup could change if Shah gets the nod. "I am pleased with the performance of the fast bowlers, Wahab Riaz has taken responsibility and has been delivering and so has Rahat Ali," Waqar said. "We have been approaching the games very well in the entire tournament. We had a poor start at the beginning but we came back well. "The bowlers know what to do and they are doing well." - Reuters