Pakistan crawl to 169 for two on first day against Windies 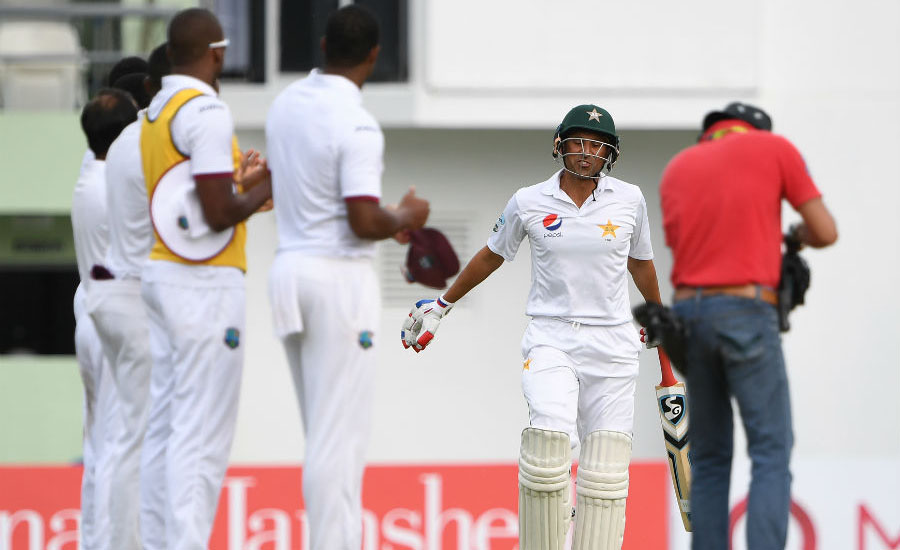 Pakistan crawl to 169 for two on first day against Windies

DOMINICA - Opener Azhar Ali was unbeaten on 85 as Pakistan crawled to 169 for two on a rain-affected first day of the series-deciding third test against West Indies in Dominica.

A decision by West Indies captain Jason Holder to send Pakistan in to bat backfired, as the visitors lost only one early wicket, Shan Masood for nine, at Windsor Park in Roseau.

The only other wicket to fall was Babar Azam for 55.

Younus Khan, in his 118th and final test, was not out 10 at stumps. Younus received a guard of honour from West Indies players as he walked to the crease and proceeded to make a slow start, facing 44 balls and still waiting for his first boundary.

Azhar batted all day, facing 219 balls in an obdurate knock, inching within sight of his 14th test century. He hit two sixes and seven fours.

West Indies bowlers toiled diligently, and at least could take some solace from keeping the run-rate low on a day when only 69 overs were possible due to rain.

West Indies were unchanged for the match after they pulled off a surprising 106-run victory in the second test in Barbados following a seven-wicket loss in the first game in Jamaica.