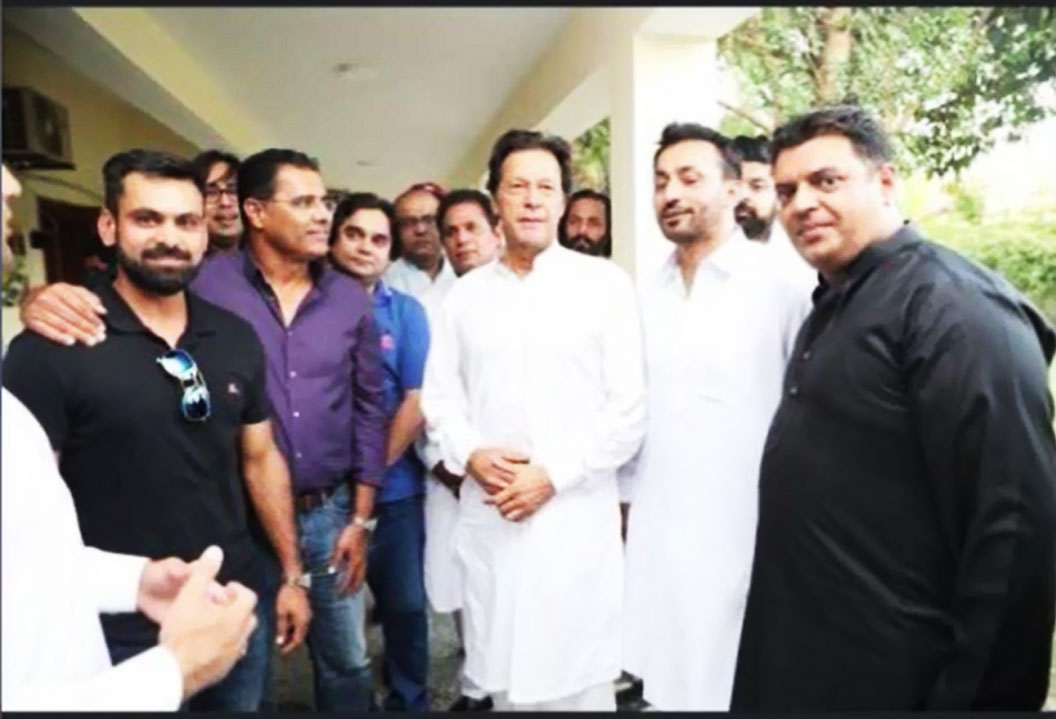 ISLAMABAD (92 News) – Pakistan cricketers including team captain Sarfraz Ahmed visited Bani Gala to congratulate former cricketer and Pakistan Tehreek-e-Insaf chief Imran Khan over wining the General Election 2018. The national team captain, along with fast bowler Umar Gul and all-rounder Muhammad Hafeez, reached Bani Gala where party leader Jahangir Tareen welcomed them. In the meeting with Imran, former captain Waqar Younus was also present. The national team players congratulated Imran on his victory in the elections, and expressed good wishes for him. The PTI chief expressed gratitude towards the players and said that the Pakistan cricket team would be made number one and great opportunities would be provided to them. Sarfraz said to Imran that the national team were performing well, and in future would deliver even better results.