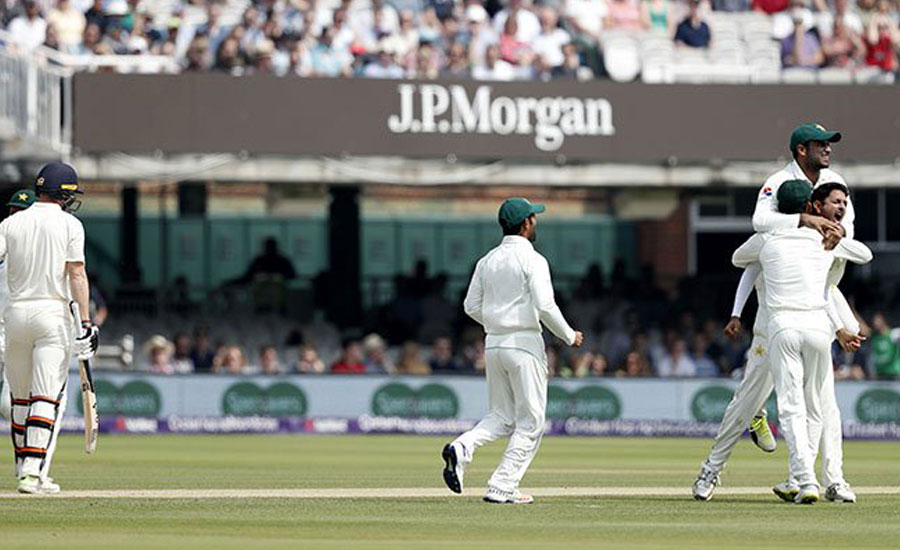 LONDON (92 News) – Pakistani team crushed England by nine wickets at Lord’s first Test on Sunday. Pakistani batsman chased 64-run target at Lord’s on Sunday to go 1-0 up in a two-match series against England and record their Test victory at the home of cricket. Amir finished with innings figures of four for 36 and the impressive Abbas had eight in the game after a second-innings haul of four for 41 in 17 overs. Mohammad Abbas declared as the main of the match. Pakistan has now gone up 1-0 in this two-match series, recording their Test victory at Lord's. The visitors defeated the home-team by nine wickets, with Imam-ul-Haq scoring 18 unbeaten and Haris Sohail scoring 39 not-out, taking Pakistan across the line with a four.