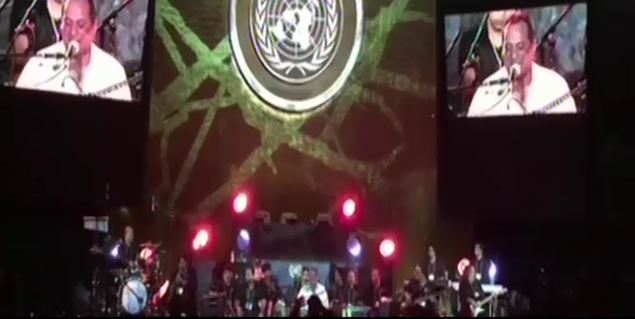 NEW YORK (92 News) – Pakistan Day celebrations were held at the General Assembly hall of the United Nations for the first time in the history of the country. Diplomats from around 140 countries, UN officials, civil society representatives, media and members of the Pakistani diaspora were present during the celebrations. A concert, titled Sufi Night: Music of Peace was organized by the Pakistan Mission to the UN, and Ustad Rahat Fateh Ali Khan performed in the concert. During the performance, Rahat Fateh Ali sung his popular songs. On the occasion, United Nations Secretary General Ban-ki Moon stunned the audience by wishing in Urdu language.