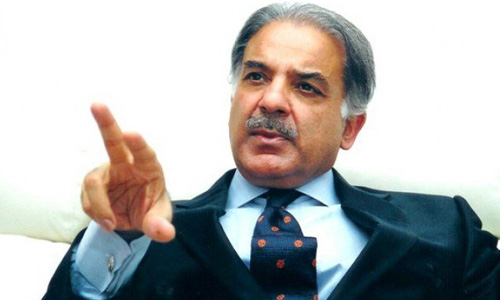 LAHORE (92 News) – A Pakistan delegation led by Chief Minister Shahbaz Sharif left for Saudi Arabia on Wednesday. He will meet the Saudi foreign minister and other high-level officials. He is accompanied by Adviser to the Prime Minister on National Security and Foreign Affairs Sartaj Aziz, Foreign Secretary, Aizaz Ahmad Chaudhry and army and civil officials. The delegation is scheduled to meet Prince Saud Al-Faisal, Foreign Minister of the Kingdom of Saudi Arabia.