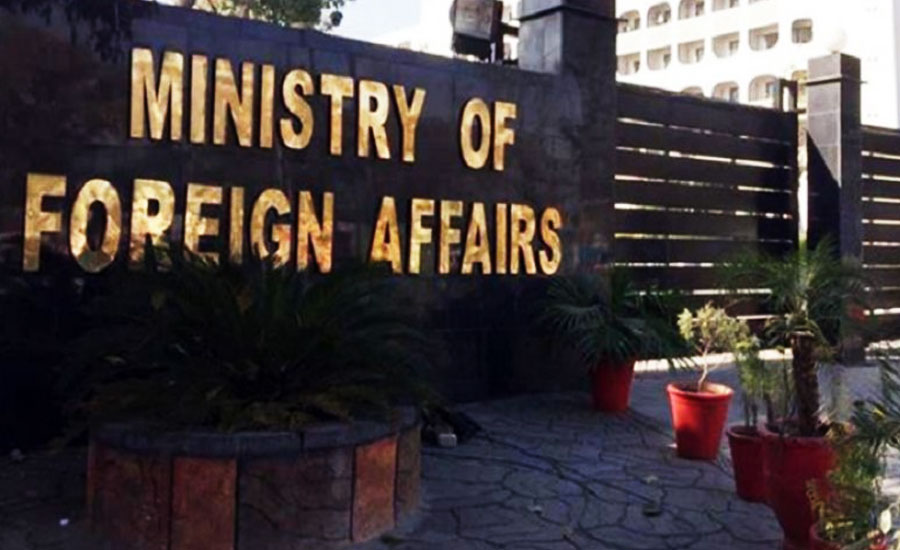 ISLAMABAD (92 News) – Pakistan has strongly denounced the bomb attack on a passenger bus on Kabul-Herat road, in Afghanistan on Wednesday. In a statement issued on Wednesday, Foreign Office (FO) spokesperson Dr Muhammad Faisal expressed sorrow over loss of precious lives in the blast. “Our hearts go out to the innocent victims, many of them women and children,” he said. He prayed for forgiveness of the deceased and extended heartfelt condolences to the families of the victims. The FO spokesperson said such inhuman acts of violence against innocent civilians are condemnable. He said Pakistan condemns terrorism in all its forms and manifestations. Dr Faisal said Pakistan stands together with the government and people of Afghanistan in the efforts to comprehensively defeat and uproot the scourge of terrorism in our region. Earlier today, a bus in western Afghanistan was hit by a bomb attack that killed at least 34 passengers, including children, and wounded 17, officials said. “The civilians were travelling on a highway when the blast occurred in Herat,” a senior official in the province of Farah said. A passenger bus coming from the neighboring Herat province hit a roadside improvised explosive device around 8am, killing 34 passengers and injuring 17, Muhib Muhib, spokesman for the Farah police headquarters, told Anadolu Agency. There was no immediate claim of responsibility. The province has witnessed a spike in the Taliban-led insurgency since the city of Farah briefly fell to the militants. The police spokesman accused the Taliban of planting IEDs alongside roads and highways. The attack comes just days after the start of campaigning for Afghanistan’s September presidential election. On Tuesday, the UN Assistance Mission in Afghanistan documented 3,812 civilian casualties (1,366 deaths and 2,446 injured) in the first half of 2019. According to the UNAMA, IEDs were the number two cause of casualties, representing 28% of the total.