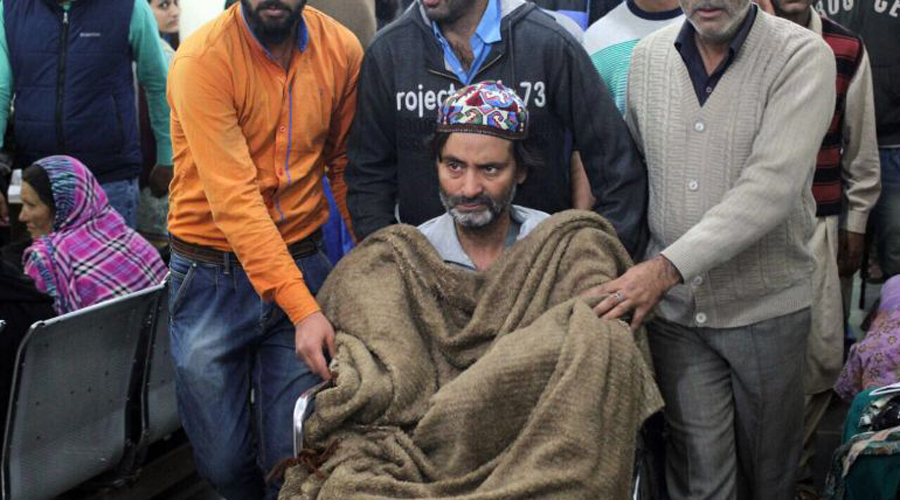 ISLAMABAD (92 News) – Pakistan has strongly condemned the killing of Javed Mir (22), a college student, by Indian forces in Badgam, IoK. Foreign Office Spokesman Nafees Zakaria, in a statement, said that Javed, unarmed and part of no protest, was sole breadwinner of his family. “We offer our heartfelt condolences to the family of Javed Mir Shaheed.” He said: “We deplore Indian forces torturous treatment of Hurriyat leader Yasin Malik who is reportedly in a critical condition in ICU.” He said that Hurriyat leaders Ali Geelani, Mirwaiz and Asiya Andrabi were in illegal detention, which is highly deplorable. “We condemn Indian occupation forces' genocide, crimes against humanity and blatant violations of human rights of Kashmiris in IoK,” the FO spokesman said, adding that over 150 have been martyred, hundreds blinded by pellet guns and thousands injured in IoK since July 8. On the other hand, Yasin Malik’s wife Mishaal Malik was hospitalized for being unwell. Sources said that Mishaal Malik was shocked after going through the medical report of Yasin Malik.