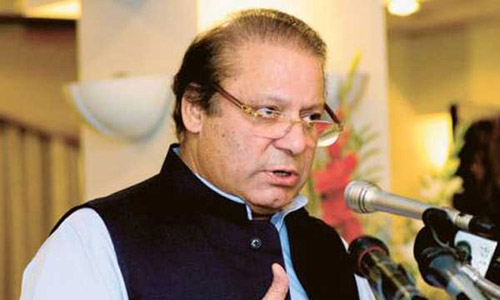 HARIPUR (92 News) – Prime Minister Nawaz Sharif has said that Pakistan does not need a leadership taking U-turns and possessing non-serious attitude. Addressing the workers in Haripur on Thursday, he said that the PML-N will make the government in Khyber Pakhtunkhwa in future. The prime minister said that people claiming to make a new Pakistan have not yet made a new Khyber Pakhtunkhwa. He said that the PML-N will win 87 seats, not 17, in the next elections. “The PML-N will form the government in future.” The prime minister said that they have laid the foundation of progress by laying the network of motorways. He congratulated the Pak Army on successes in the Zarb-e-Azb operation. He said that they, not another, have ended the fear in Karachi. Earlier, he was accorded a warm welcome when he reached Haripur to please estranged leaders, including Khyber Pakhtunkhwa former chief minister Sabir Shah.