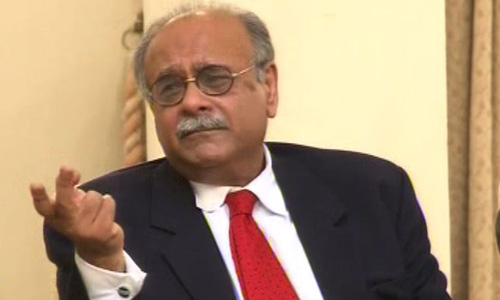 FAISALABAD (92 News) – Pakistan Cricket Board Governing Body chairman Najam Sethi has said that the Pakistan cricket team will definitely perform in the World Cup and it is facing 92 World Cup-like situation. Talking to the media after a ceremony on Saturday, he said that Pakistan will definitely win the match against Zimbabwe and the nation should be hopeful about it. About the lost matches, Najam Sethi said that Pakistan is at No 7 and people should not pin hopes on the team that it will continue to advance without losing a match. “People sink into despair if we lose a match. This thing should not happen.” About the resignation of Moin Khan, he said that he cannot say anything about it because it is the decision of the chairman. To a question, Najam Sethi said that cricket is being destroyed for the last 15 years and it will take more 7-8 years to rectify it. The PCB Governing Body chairman said that club and women cricket is being promoted so that good players could be given an opportunity. “We are trying to bring international teams to Pakistan,” he added.