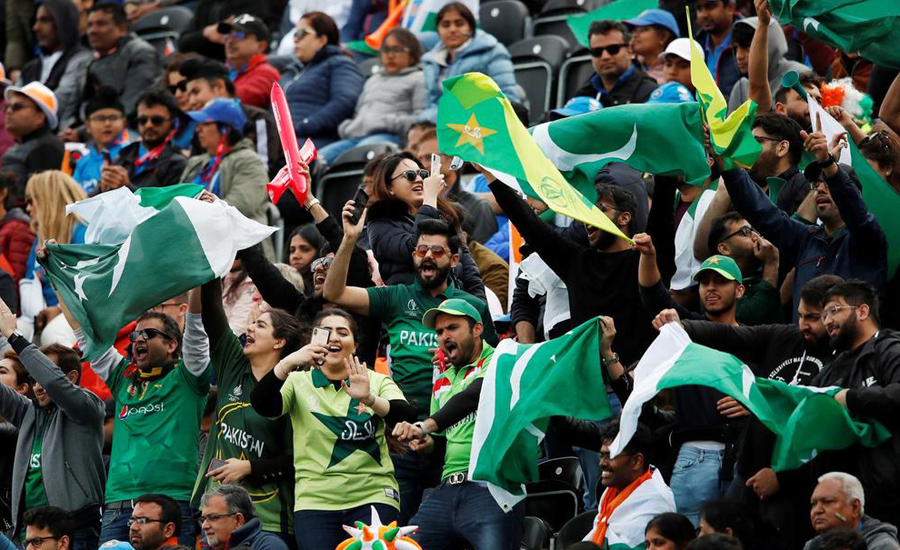 ISLAMABAD (Reuters) - Pakistan fans mocked their cricket team’s underwhelming performance on social media after Sarfaraz Ahmed’s men suffered an 89-run defeat against arch rivals India at the Cricket World Cup on Sunday. While India extended their perfect record over their neighbours in the 50-over World Cup to 7-0, fans across Pakistan turned to the internet. One widely circulated meme, captioned “Indian captain vs Pakistani captain”, showed Indian skipper Virat Kohli doing dead lifts at the gym while his Pakistani counterpart Sarfaraz danced in a candy commercial. “The only thing that keeps me sane is Pakistani Twitter’s meme game,” cricket journalist Hassan Cheema said on Twitter. “We don’t need any domestic (cricket) structure, nor any development, just the ability to laugh at ourselves.” Fans who had gathered at a local park to watch the game on a large screen in Islamabad began leaving halfway through Pakistan’s innings. “Everybody is really disappointed ... I think we were not well prepared,” cricket fan Mohammad Aurangzeb told Reuters. Cricket matches between the two countries are among the most intense rivalries in global sport. “No one should be allowed to call it a rivalry anymore,” cricket writer Ahmer Naqvi tweeted. Another image doing the rounds on Twitter showed Sarfaraz yawning on the field during the match - and the picture superimposed on to a pillow on a bed. “How do you win when your captain has a plan to go to bed and have a better sleep instead of winning the match,” one Twitter user wrote. The defeat left Pakistan ninth in the 10-team standings with just three points from five matches. Their only win at the tournament was against hosts England while their match against Sri Lanka was washed out. Pakistan must win all four of their remaining group games to have any chance of reaching the World Cup semi-finals. They face South Africa at Lord’s on Sunday before taking on New Zealand, Afghanistan and Bangladesh.