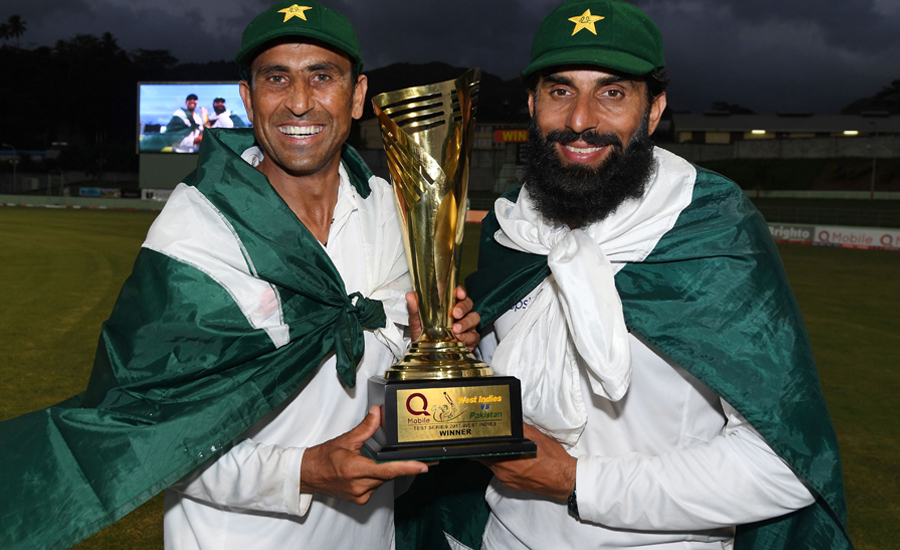 DOMINICA - Pakistan clinched their first ever series win in the Caribbean when they beat West Indies in a thrilling finish to the third test in Dominica, giving Younis Khan and Misbah-ul-Haq a perfect retirement present.

A valiant, unbeaten century by Roston Chase almost staved off defeat for West Indies, who were all out for 202 in their second innings with only one over remaining at Windsor Park in Roseau.

Chase and the West Indies tail made the Pakistan bowlers sweat after the visitors took the new ball with 17 overs remaining, still needing two more wickets.

With a draw tantalisingly close, West Indies number 11 Shannon Gabriel was bowled by legspinner Yasir Shah on the final ball of the penultimate over when he tried to slog over the close-in field but instead edged the ball onto the stumps. 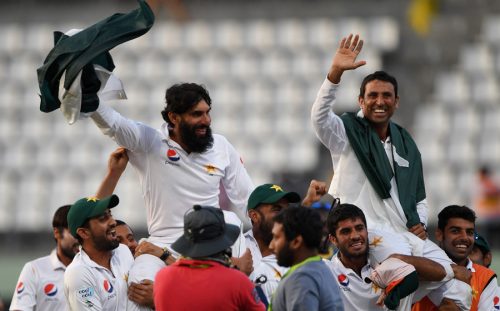 Had Gabriel, who stoutly defended 21 deliveries before his rush of blood, survived the ball, Chase would have had strike for the final over and a draw would have been on the cards. Chase ended 101 not out.

Two balls earlier, Gabriel had been given out caught at silly point but the decision was overturned amid high drama when video review showed the ball had struck only his pad.

Pakistan won the match by 101 runs to seal the series 2-1. "I just told the tailenders to trust their defence,” Chase said while receiving the man of the match award. "Well, Shannon will learn. Hopefully if he gets into a situation like that, he'll choose a better shot.

Can't blame him, we fought as a team.” Pakistan captain Misbah said he could not have asked for a better finish to his career. "The bowlers bowled their heart out on a slow track," he said. 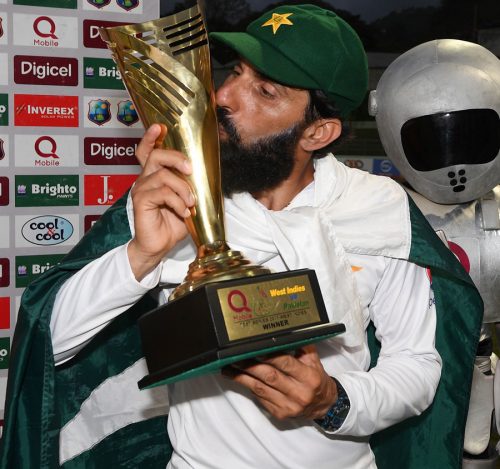 "Everyone was so motivated. They were working hard for me and Younis, too. There were frustrations. No-balls, wickets, couple of chances here and there, but you enjoy wins like this much more than straightforward wins.

“I'm happy with what I've had in my career, couldn't have asked for a better finish. Really happy for this team. “The way they gave me and Younis a send-off ... I wish (Younis) all the best. It was a fine journey with him in the middle, sharing a lot of partnerships. In the history books, both our names will be there.”

Misbah retires with a batting average of more than 46 and sadly without having captained his team in his own country. Other cricketing nations have refused to play there in the wake of the 2009 terrorist attacks on a Sri Lanka team bus. Younis leaves as Pakistan's most prolific batsman, with 10,099 test runs at an average of more than 52. -Reuters 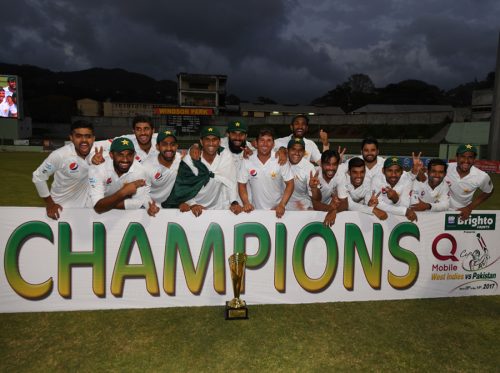