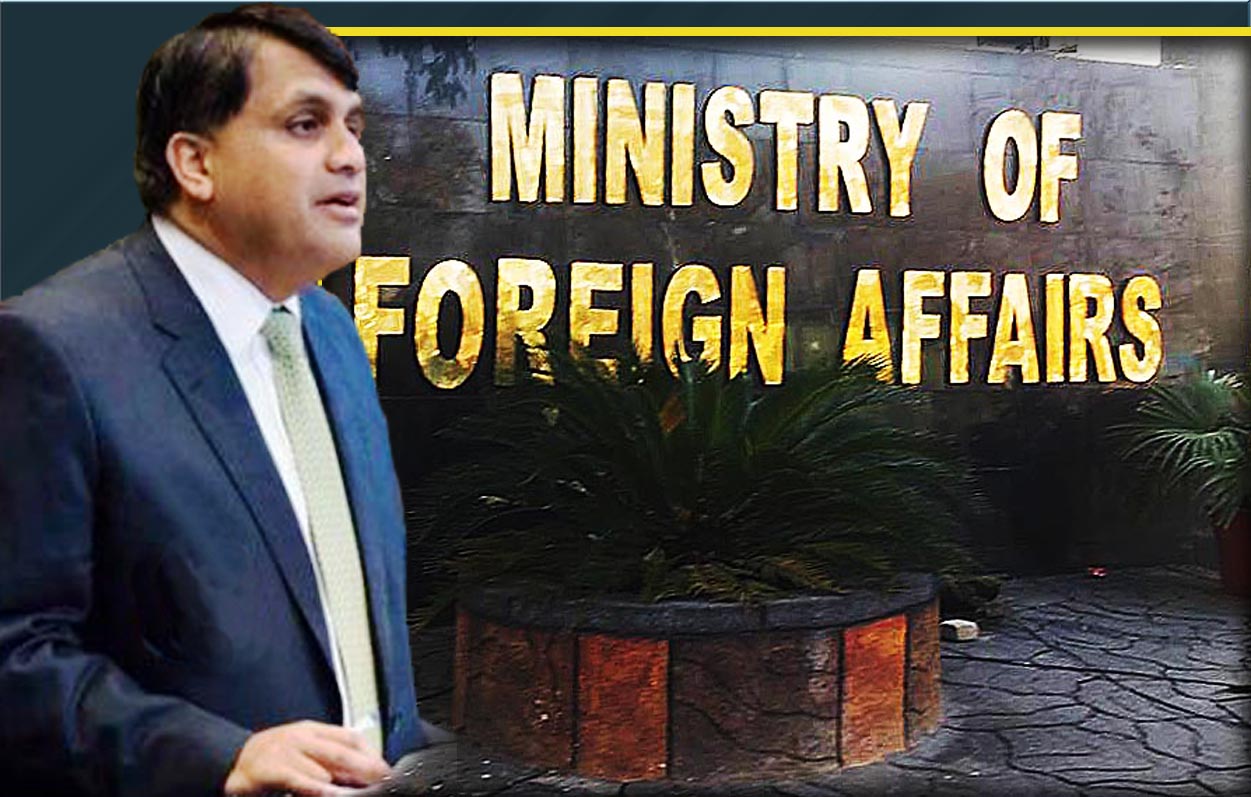 ISLAMABAD (92 News) – Foreign Office spokesman Dr Muhammad Faisal said on Thursday that Pakistan will present strong case against Indian spy Kulbhushan Jadhav in The International Court of Justice (ICJ). Addressing to the weekly news briefing in Islamabad, the FO spokesperson reiterated that Pakistan will not compromise on matters pertaining to national interest. “Pakistan is fully prepared and we will face the trial against Kulbhushan Jadhav case in the ICJ,” he said. – PAKISTAN CONDEMNS INDIAN AGGRESSION – Dr Faisal said that India is using chemical weapons on unarmed citizens of Indian-held Jammu Kashmir (IHK). Strongly condemning Indian aggression, the foreign office spokesperson said that Pakistan wants to resolve the Kashmir issue as per the wishes of the Kashmiri people. – RELATIONS WITH US ON A POSITIVE TRAJECTORY – “Pakistan's relations with the United States are on a positive trajectory,” he said during Foreign Minister Shah Mahmood Qureshi's interaction with delegates of different countries, he put across Pakistan's point of view on important issues. – PEACEFUL DIALOGUE ONLY WAY FORWARD – The spokesman said the Foreign Minister has categorically stated that there would be no compromise on national interests. He said Pakistan is pursuing the policy of peaceful neighbourhood and dialogue is the only way forward to resolve issues and disputes between Pakistan and India. Referring to statements of Indian Army Chief about surgical strikes, he said head of a professional army should not make such claims. – SAARC COUNTRIES POSITIVE TO COME TO ISLAMABAD – To a question regarding SAARC conference, he said we held talks with all South Asian countries, on the sidelines of UN General Assembly meeting in New York, and they all were very positive to come to Islamabad. However, he said India is creating hurdles in this regard. – WATER ISSUE – The spokesperson said Pakistan is raising the issue of water and controversial projects initiated by India such as Kishanganga and Ratle, at all forums. The foreign office also confirmed that Qureshi met with the president of the World Bank. In the meeting, the foreign minister discussed the Indus Waters Treaty and the disputed Kishanganga dam issue. – KARTARPUR CORRIDOR FOR SIKH PILGRIMS – To a question about opening of Kartarpur Corridor for Sikh pilgrims, Dr Faisal said nothing can happen if there are no talks between the two countries. He, however, reiterated Pakistan's stance to hold talks with India to resolve all outstanding issues. Dr Faisal said while Pakistan believes in Quaid-e-Azam's principle of peaceful ties with neighbours, it has not made efforts to convince India to hold talks. He recalled that the first initiative to hold talks was, in fact, taken by Indian Premier Narendra Modi who wrote a letter to Prime Minister Imran Khan. – CHINA-PAKISTAN ECONOMIC CORRIDOR – Regarding China-Pakistan Economic Corridor, he said both Islamabad and Beijing are on the same page over this project. "The planning commission can better respond to questions pertaining to Saudi Arabia's inclusion in the CPEC plan," he added. – AFGHAN-TALIBAN PEACE TALKS – To a question, he said bringing Afghan Taliban to negotiating table is shared responsibility of all countries. In response to a journalist's question, Dr Faisal said the US should hold dialogue with the Taliban. "We will hope that the negotiations are fruitful," he said. "We don't want a single country to be held responsible for establishing peace in Afghanistan. All countries should play their part in this effort," the FO spokesperson said. – SHAKIL AFRIDI'S – On Shakil Afridi's issue, the FO spokesperson said Pakistan's stance remains unchanged.