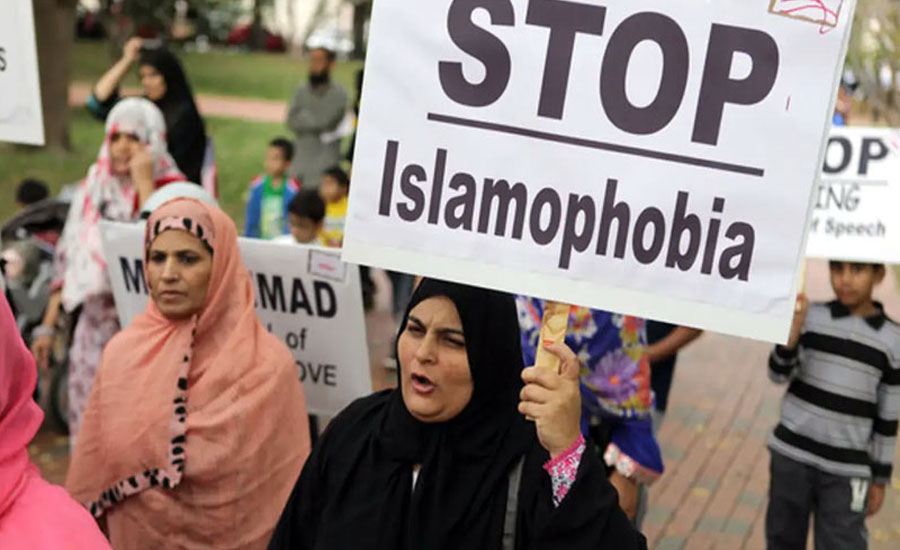 ISLAMABAD (92 News) - International Day to Combat Islamophobia is being observed in Pakistan and other member countries of OIC on Monday.

The OIC will also hold a high level event in New York on 17th March to mark the occasion.

In a statement on Monday, Foreign Office (FO) spokesperson Zahid Hafeez Chaudhri said Pakistan has always supported and continues to lead international efforts for building bridges between cultures and civilizations.

"Through observance of this day, we want to build better understanding of Islam and Islamic precepts. We intend to send a message of international solidarity and cooperation. We remain determined to promote values of peaceful coexistence as well as interfaith and cultural harmony," the FO spokesperson maintained.

Zahid Hafeez Chaudhri said the OIC's unanimous support for the designation of this day is a reflection of the sentiments of billions of Muslims around the world.

The spokesperson said Prime Minister Imran Khan has been the leading the international voice in raising awareness on the grave consequences of rising systematic Islamophobia and in promoting interfaith harmony. In line with the Prime Minister's vision, Pakistan presented a resolution to designate 15th March as the International Day to Combat Islamophobia at the 47th session of the OIC Council of Foreign Ministers held in Niamey, Niger last year. The resolution was unanimously adopted by the meeting.

The OIC is now working with the international community to commemorate this day at the global level.

The spokesperson pointed out that the scourge of Islamophobia fuelled by populism, hate speech and lack of knowledge and disinformation, is causing unimaginable suffering to Muslim minorities around the world. Islamophobia has taken many forms including negative profiling, mob lynchings by cow vigilantes, discriminatory laws, attacks on women for wearing hijabs, ban on minarets, negative propaganda and disinformation campaigns, manifestos of far right parties, deliberate vandalism of Islamic symbols and holy sites and attempts to link and equate Islam with terrorism. He said such act imperils our shared aspirations for a peaceful world and harmonious future for all.