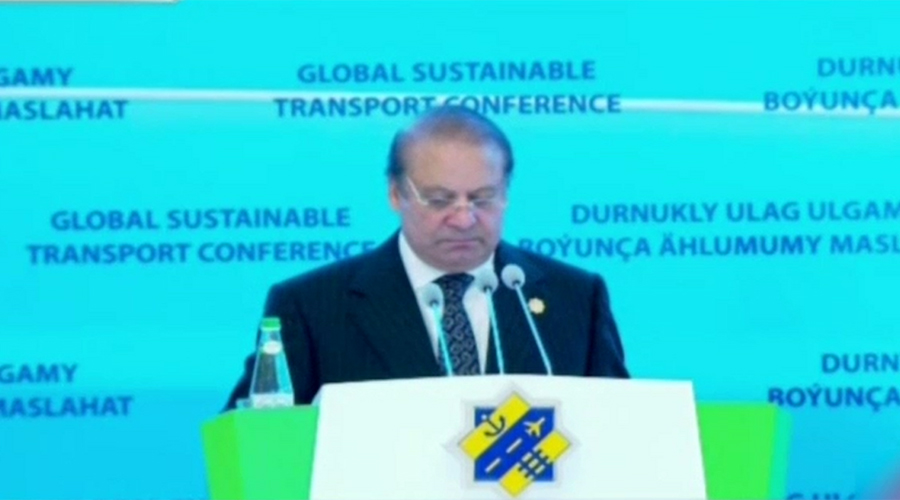 ASHGABAT (92 News) – Prime Minister Nawaz Sharif has said regional connectivity and economic integration are the key pillars of pakistan’s policy. Addressing the two-day Global Sustainable Transport Conference in Ashgabat on Saturday, he said Pakistan is happy to play its role as gateway to Central Asia in the emerging global and regional environment. The countries in the region would benefit from the China-Pakistan Economic Corridor project, he said. The prime minister said peaceful neighborhood has remained the norm of Pakistan‘s foreign policy and no development policies can yield fruit without peace and security. Addressing the conference, President of Turkmenistan Gurbanguly Berdimuhamedov said that modern transport is helpful in stabilizing global relations at regional and national levels. He said that Turkmenistan is pursuing effective policy for developing the transport system and has presented two drafts in the General Assembly. UN Secretary General Ban Ki-moon in his address said modern transportation is imperative for bolstering international relations and overall progress of the global community.