Pakistan gets first tranche of $500 million from Qatar 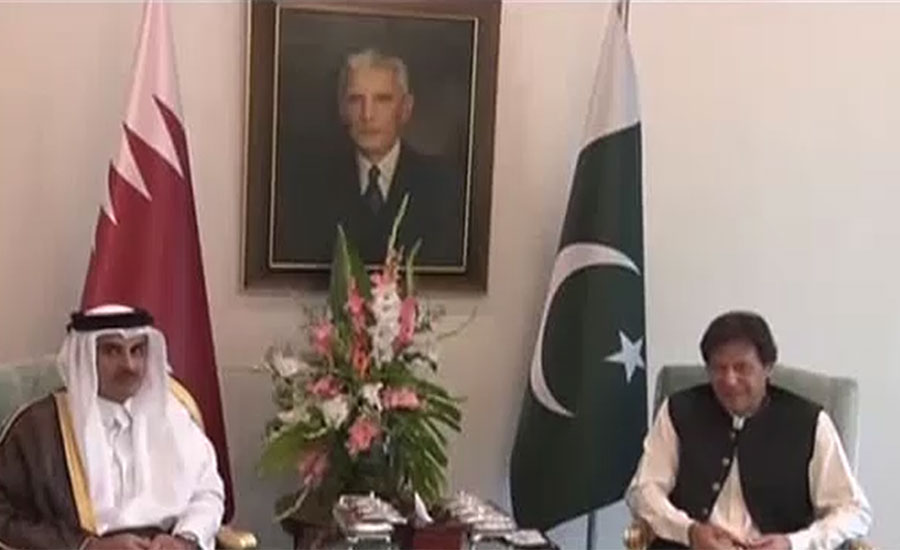 Pakistan gets first tranche of $500 million from Qatar

ISLAMABAD (92 News) – Pakistan on Saturday has received the first tranche of US $500 million from Qatar that will help to boost the foreign-exchange reserves of the country. According to details, the first installment of $500 million was deposited to the State Bank of Pakistan (SBP). The aid from Qatar will boost the foreign exchange reserves of Pakistan, said SBP. Qatar had earlier announced a new investment worth a total of US $3 billion in the form of deposits and direct investments to Islamabad. The Qatari support comes after Emir of Qatar Sheikh Tamim bin Hamad Al Thani’s [two-day] visit to Pakistan to underscore the deep relations between the two brotherly countries and peoples.

On June 24, Qatar is making US$3 billion worth of new investments in Pakistan, in the form of deposits and direct investments, the Qatari state news agency QNA said. Following this investment, the economic partnership between Qatar and Pakistan will reach $9 billion, the agency reported, quoting Qatari Foreign Minister Sheikh Mohammed bin Abdulrahman al-Thani.
Last month, Pakistan reached an accord in principle with the International Monetary Fund for a three-year, US$6 billion bailout package aimed at shoring up its fragile public finances and strengthening a slowing economy. The Qatari announcement came after a visit by Qatar’s Emir to Pakistan. During the visit, Pakistan and Qatar signed several memoranda of understanding for trade and investment, tourism and business and for cooperation in financial intelligence. Prime Minister Imran Khan’s government is seeking to stabilize its economy with loans from Gulf countries and international donors. Saudi Arabia earlier provided Pakistan with a $3 billion loan and a similar amount every year in oil supply on deferred payments. The United Arab Emirates (UAE) also announced a $3 billion loan package. Meanwhile, Adviser to Prime Minister on Finance Dr Abdul Hafeez Shaikh has thanked Emir of Qatar Sheikh Tamim bin Hamad Al Thani for announcing US$ three billion in deposits and direct investments for Pakistan.