He was talking to the Arab League's Secretary General Ahmed Aboul Gheit in Cairo.

The minister said Pakistan has strong political and trade relations with the Arab League countries. 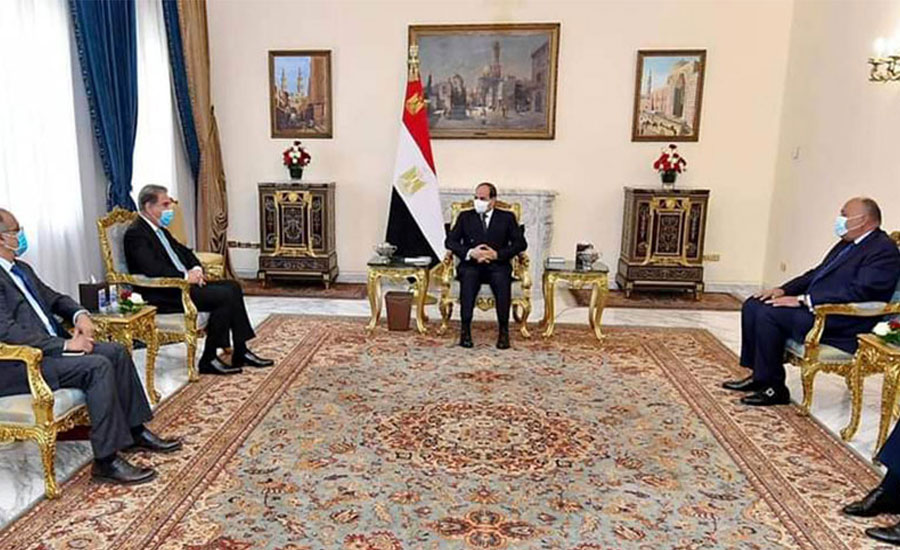 He made these remarks after his meetings with Egyptian leadership during his ongoing visit to Cairo.

FM QUreshi said his meetings with Egyptian President Abdel Fattah Al-Sisi and his Egyptian counterpart Sameh Shoukry had been quite fruitful.

The Minister said he apprised the Egyptian leadership about Pakistan's "Engage Africa" policy and the rising remittances.