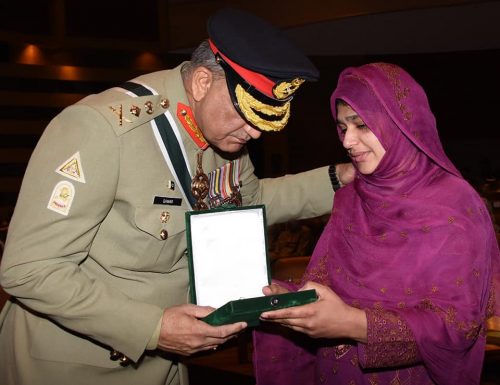 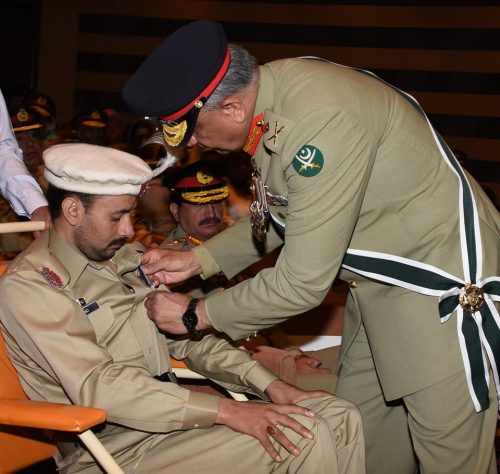 The medals of Shuhada were received by their family members. Paying rich tribute to Shaheeds and Ghazis, COAS said that Pakistan is heading to peace day by day due to sacrifices of the martyrs. 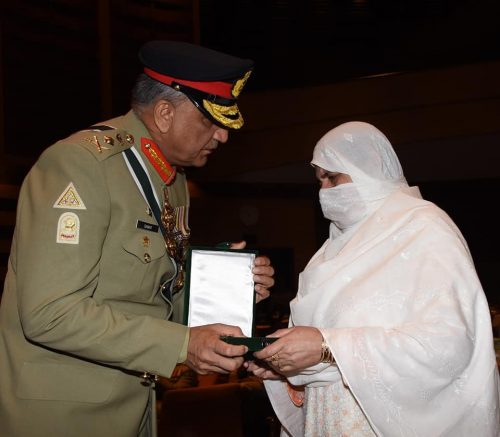 He said that some people want to harm sovereignty of the country from inside and abroad. “A new movement has surfaced soon after restoration of peace in the FATA. However, the enemies will not succeed,” he said. “I salute the relatives of all martyrs.” 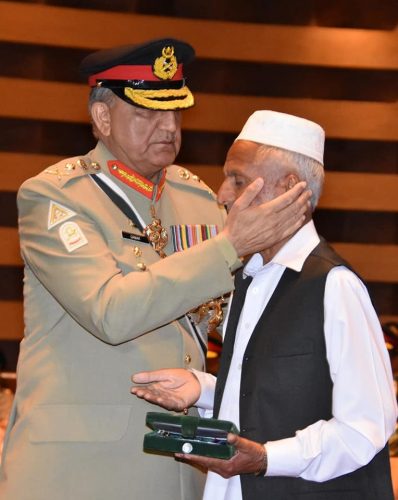 The COAS said that Pakistan has defeated terrorists. He said that good days are ahead for the country.