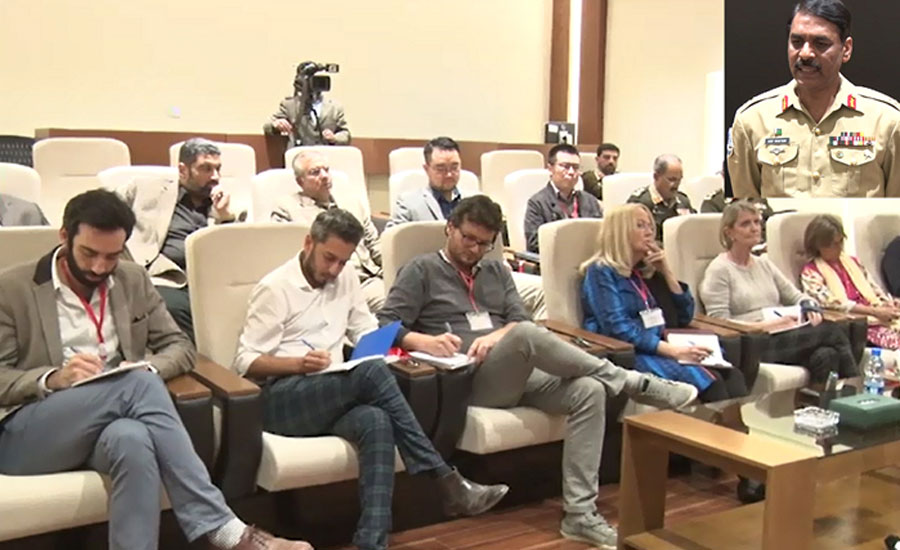 RAWALPINDI (92 News) – A group of Pakistan-based foreign journalists interacted with DG ISPR Maj Gen Asif Ghafoor on Tuesday. According to a press release, the DG ISPR briefed them about security situation and ongoing stability operations. Matters related to the Pak-Afghan border and situation along the Line of Control (LOC) were also discussed. The DG ISPR said that security situation of Pakistan has largely improved through successful clearance operations. “We are heading towards stability.” He said that having restored peace Pakistan wishes to see peace beyond borders, especially in Afghanistan. Maj Gen Asif Ghafoor said that international community sees Pakistan through their reporters based in Pakistan. He expected them to highlight improving peace and stability in Pakistan, which offers economic opportunities for foreign investors. He also said that the media has a very important role to project the true positivity of Pakistan.