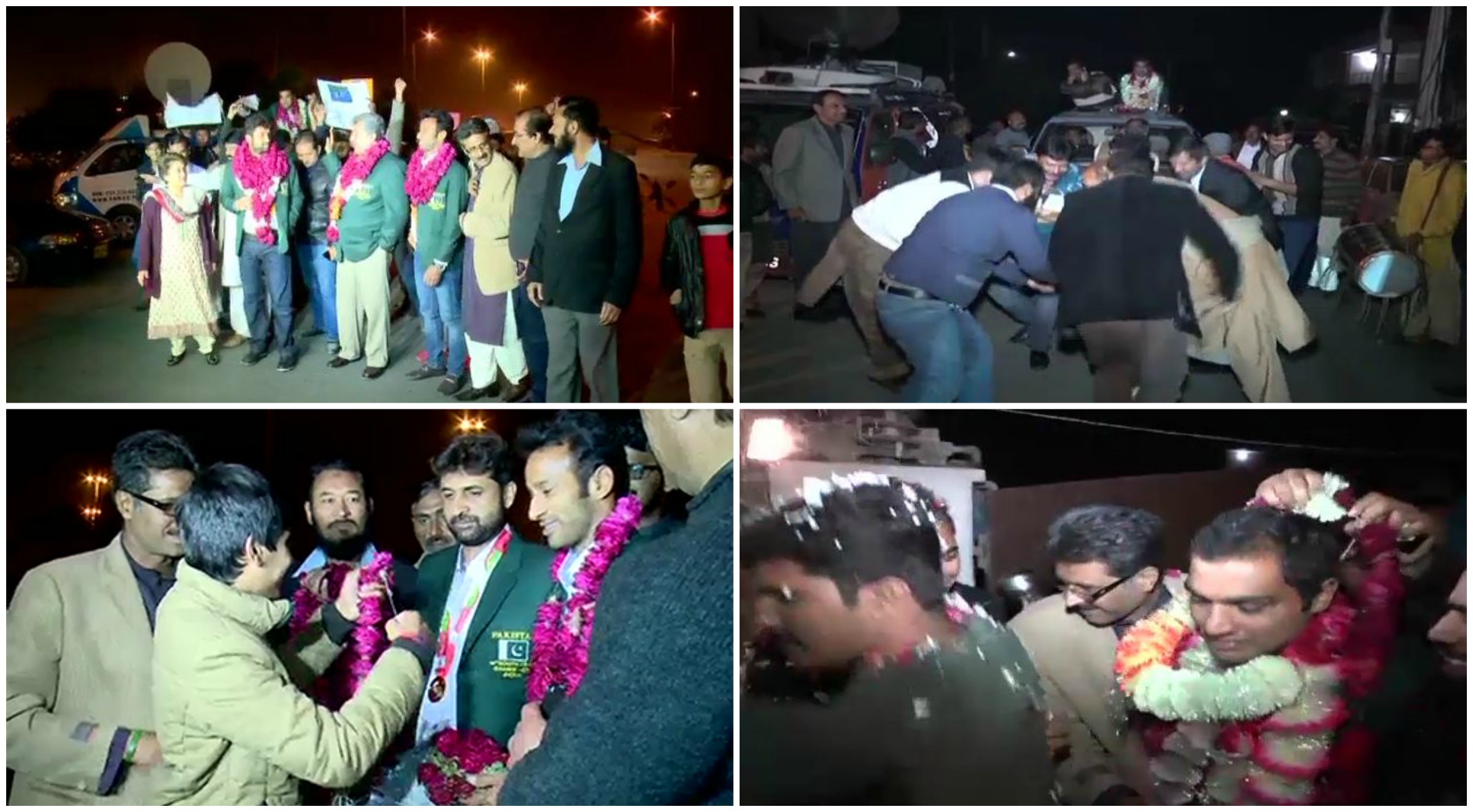 LAHORE (92 News) – After superb success in 12th South Asian Games being held in India, the national hockey team has reached back home on Monday.

When hockey team arrived at Allama Iqbal International airport citizens of Lahore warmly received them and danced on drumbeats.

The team was given a warm welcome by their supporters, family members at the airport upon their return but no hockey federation member was seen there to welcome the team members.

Talking to media outside airport, team head coach said that the SAF Games was a tough tournament but young players have performed well.

On the occasion, team captain said that the tremendous efforts of the team made it possible to beat India on their turf.