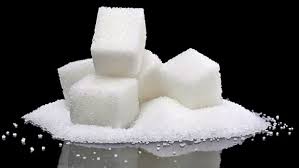 ISLAMABAD - Pakistan has signed deals to export 250,000 tonnes of sugar, after the government approved in December a subsidy of $100 a tonne for overseas sales of 650,000 tonnes of the sweetener lying with its mills, a top industry official said. Rising shipments from Pakistan in an amply-supplied world sugar market could further depress the benchmark New York prices that sank to their lowest level since 2010 on Tuesday and are on track for their fifth consecutive annual drop. Mills in Pakistan have sealed export deals at $370-$400 a tonne for prompt deliveries to the buyers in Africa, Central Asia and the Middle East, Iskander Khan, chairman of the Pakistan Sugar Mills Association, told Reuters. Pakistan produces about 6 million tonnes of sugar but consumes only around 4.5 million tonnes a year. It has been struggling to export the sweetener to shore up the deteriorating financial health of its mills hit by two straight years of surplus output, which has hammered domestic prices. Local sugar prices have dropped 13 percent over the past six months, falling below the cost of production and stoking worries about mills going bust. "We are making sugar for 64 rupees ($0.63) a kg and selling at 45 rupees a kg. How will I pay farmers?" Khan asked. The weak local prices could force about 20 sugar companies to shut shop, depriving cane growers of their dues, he said. Neighbouring country India, the world's top sugar producer after Brazil, is also awash with the sweetener after five years of surplus output and recently decided to give mills a subsidy for exports to help cut stockpiles. It has signed deals to ship out 50,000 tonnes of raw sugar in the first overseas sale of the season that began in October. But traders believe that India will struggle to export, despite the government subsidy, as global prices remain weak in anticipation of large supplies from Brazil. - Reuters