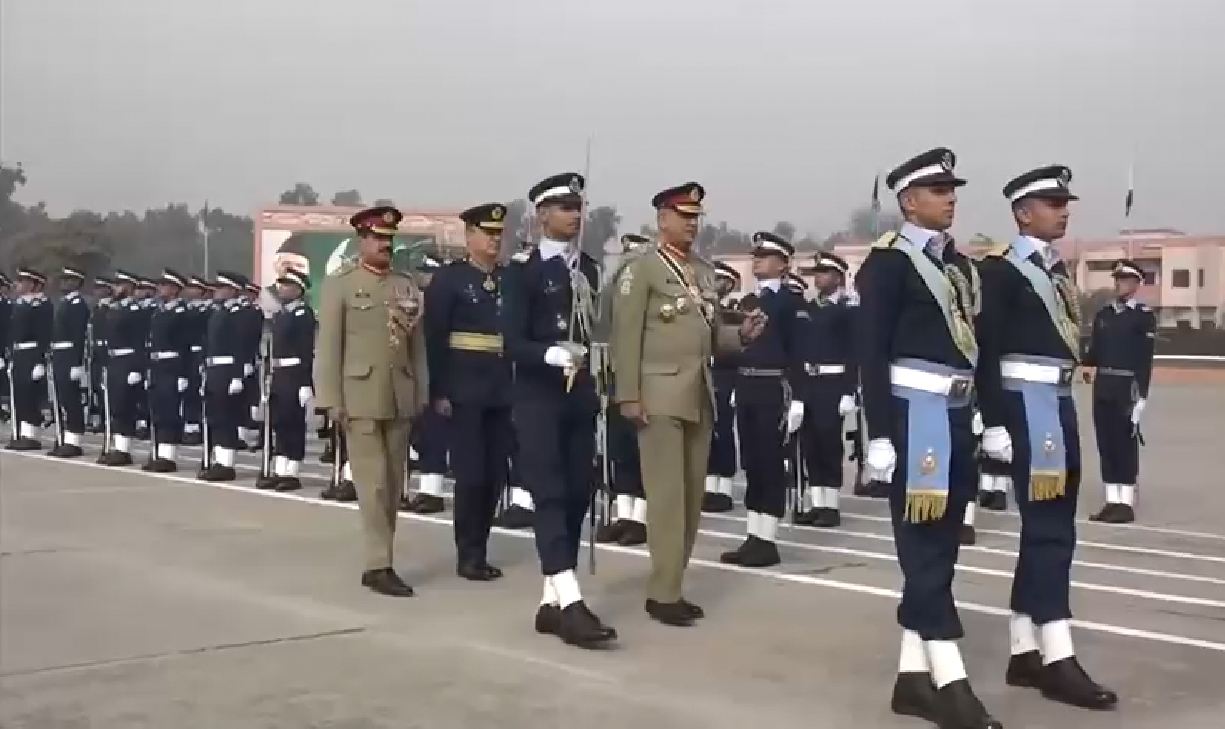 The COAS congratulated the graduating cadets on their landmark achievement. Addressing the graduating cadets, COAS said that Pakistan is a peace-loving country that has rendered great sacrifices for regional and global peace. "We stand firmly committed to the ideal of mutual respect and peaceful co-existence. It is time to extend hand of peace in all directions," COAS remarked.

He said that Pakistan and India must also resolve the longstanding issue of Jammu and Kashmir in a dignified and peaceful manner as per the aspirations of people of Jammu and Kashmir and bring this human tragedy to its logical conclusion. "However, we will not allow anybody or any entity to misinterpret our desire for peace as a sign of weakness." 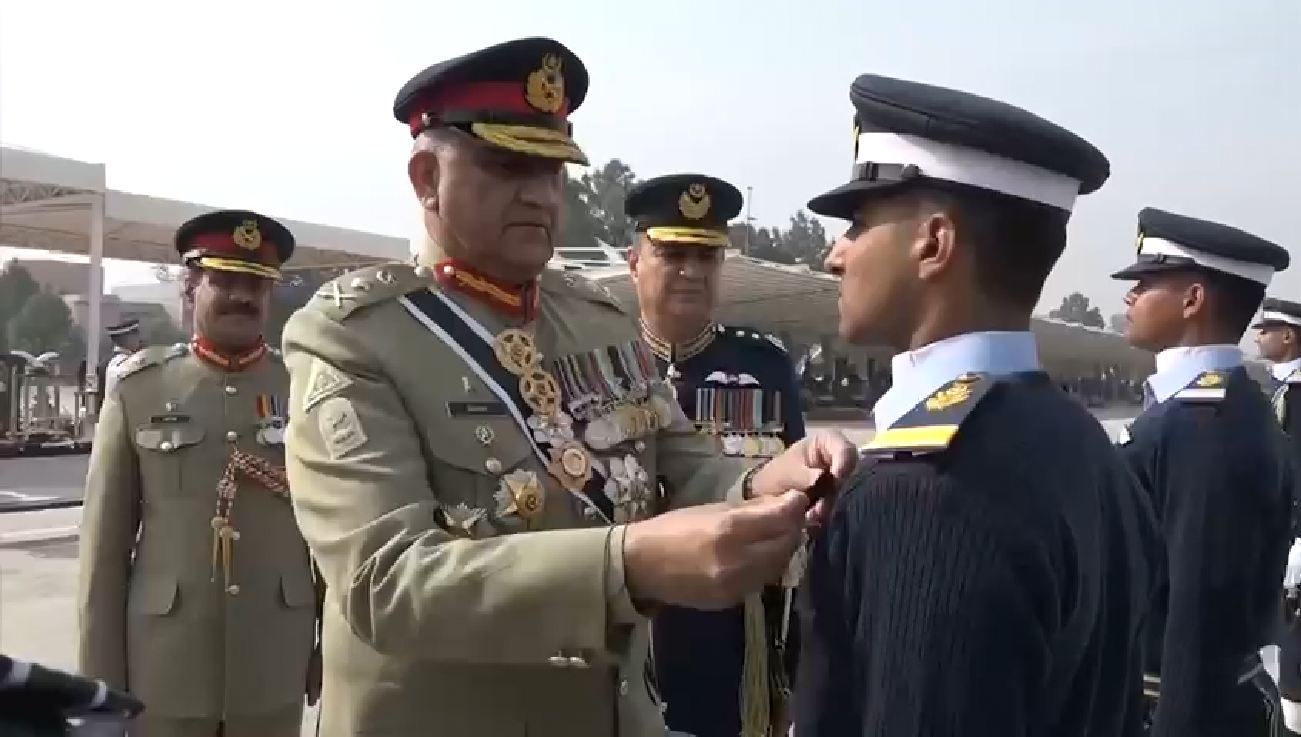 Chief of Army Staff General Qamar Javed Bajwa said that Armed Forces of Pakistan are fully capable and prepared to thwart any threat. "The immaculate coordination and harmony displayed by all the three services in operations against the enemies of Pakistan has brought great improvement in the internal security environment," he added.

The COAS specially commended the critical role played by Pakistan Air Force in war on terror. "The outstanding courage and professional excellence displayed by brave air warriors of Pakistan Air Force during Operation Swift Retort is a manifestation of our resolve and capability. The whole nation is proud of its Air Force and I earnestly hope that PAF will scale new heights of glory and excellence in the years to come," he reiterated. 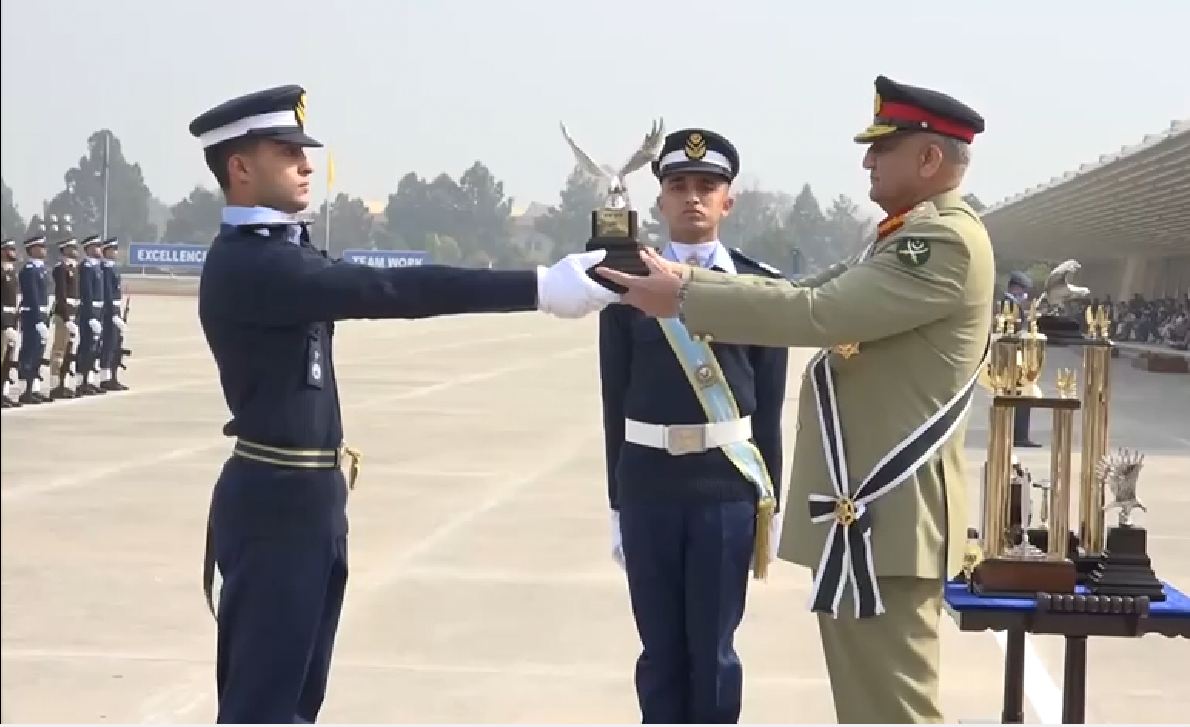 He hailed presence of cadets from Kingdom of Saudi Arabia for training at PAF Academy Asghar Khan. "This is a manifestation of warm fraternal ties between Islamic Republic of Pakistan, Kingdom of Saudi Arabia and our Defence Forces indeed. We are proud of the strong bonds of Islam, brotherhood and cultural communion that bind us together," the COAS concluded

A total of 133 graduating Cadets including 11 Royal Saudi Air Force cadets and 6 lady cadets graduated on the occasion. The COAS awarded branch insignias to the graduating officers and also gave away trophies to the distinction holders. 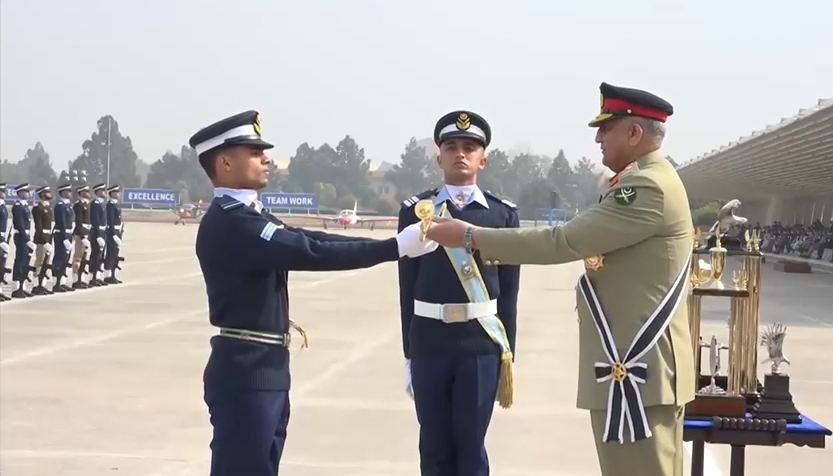 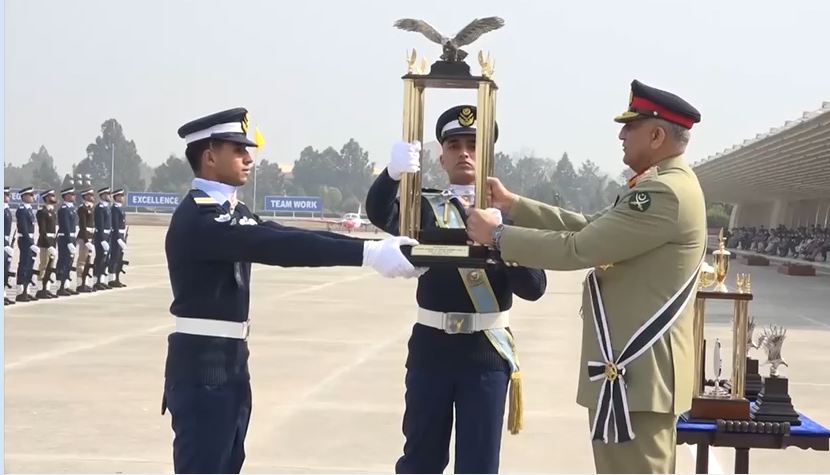 The ceremony was followed by a thrilling aerial display by PAF Academy Aerobatics team 'Sherdil' and a specialized military drill 'Hamza Flight' of the academy.

Earlier on his arrival, the COAS was received by Air vice Marshal Shakil Ghazanfar, Air Officer Commanding, and PAF Asghar Khan Academy. The ceremony was witnessed by high-ranking Military & Civil Officials, Diplomats, foreign dignitaries and a large number of guests of graduating cadets.