Pakistan is against a proxy war, won’t allow it on its soil, says COAS General Raheel Sharif 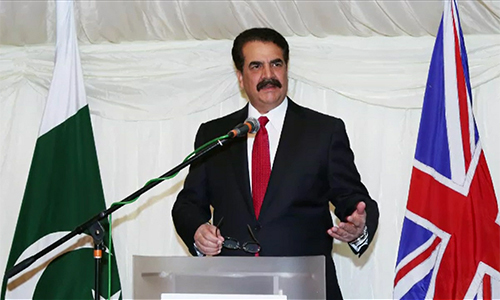 Pakistan is against a proxy war, won’t allow it on its soil, says COAS General Raheel Sharif

LONDON (92 News) – COAS General Raheel Sharif has said that China-Pakistan Economic Corridor will be a game changer and bring prosperity in area. During a meeting with members of the House of Commons in London on Thursday, he said: “We will do everything to make CPEC a success. The entire region will benefit from it.” The COAS said that Pakistan is against a proxy war and would not allow it on its soil. “The funding of all terrorist organizations has to be checked by all for long term success.” He said that while they are fighting various terrorist groups, no new entities can be allowed to emerge. “Terrorism is a global issue and warrants a global response,” he said. COAS General Raheel Sharif said that they want to eliminate terrorists and their nurseries. “We expect international community to play its part for regional peace,” he added. He said that Zarb-e-Azb operation had a discernible effect and would continue pursuing sleeper cells across country.