ISLAMABAD (92 News) – Vice Chairman of Chinese Central Military Commission (CMC) General Xu Qiliang along with a high level delegation visited Naval Headquarters, Islamabad and called on Chief of the Naval Staff Admiral Zafar Mahmood Abbasi. Upon arrival at Naval Headquarters on Tuesday, General Xu Qiliang was received by Admiral Zafar Mahmood Abbasi. A smartly turned out contingent of Pakistan Navy presented him the guard of honour. Thereafter, the dignitary laid a floral wreath at the Shuhada’s Monument and was then introduced to the Principal Staff Officers at Naval Headquarters. 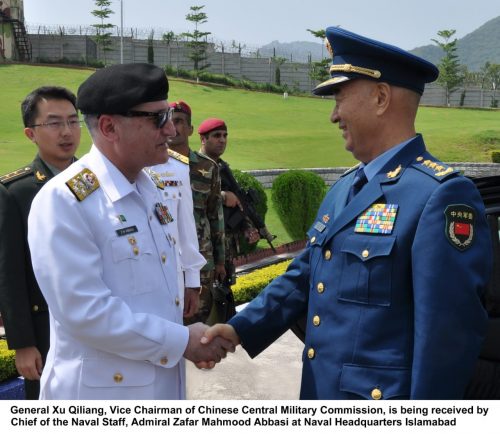 During the meeting, matters of mutual interest were discussed. Admiral Zafar Mahmood Abbasi highlighted that close relationships between the people and the armed forces of the two countries are time-tested and based on mutual respect and trust. The Naval Chief expressed satisfaction over various ongoing naval projects between the two Naval Forces. 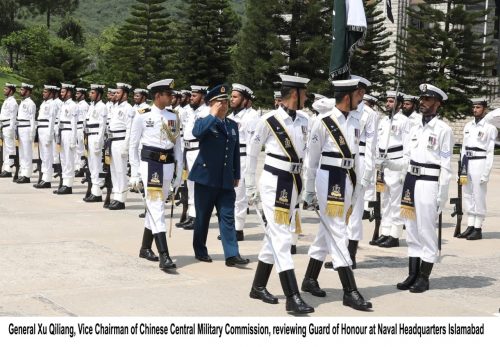 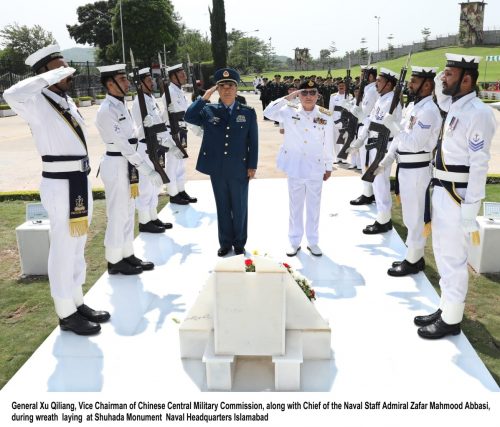 The CMC Vice Chairman highly appreciated the successful conduct of Exercise AMAN-19. General Xu Qiliang termed Pakistan as China’s all weather strategic partner. On CPEC which is a vital part of Belt & Road Initiative, both sides expressed their full confidence and termed it as a project aimed at prosperity and economic empowerment of people of the region and beyond. Both the dignitaries also agreed on further enhancing the bilateral cooperation in the domains of military collaboration. 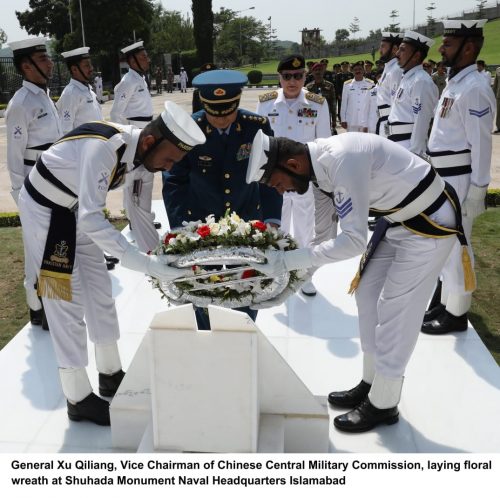 A brief was given to the visiting dignitary on Pakistan Navy’s perspective on security situation in Indian Ocean Region and Pakistan Navy’s contributions towards peace and stability in the region. In the second leg of the visit, Vice Chairman of Chinese Central Military Commission is scheduled to visit Pakistan Navy Field Commands at Karachi. The visit is expected to greatly augment the bilateral cooperation between both the countries in general and defence forces in particular.