Pakistan is taking off in every platform: chief justice 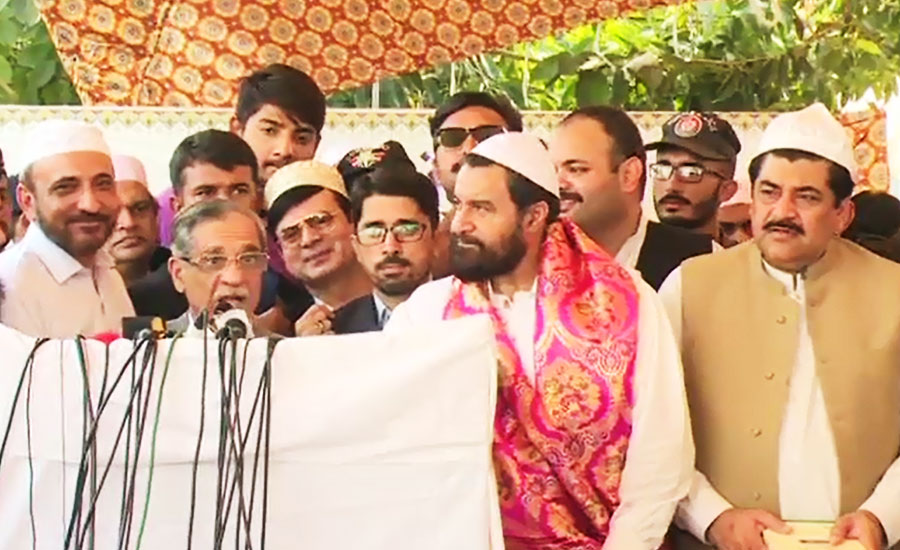 Pakistan is taking off in every platform: chief justice

LAHORE (92 News) – Chief Justice of Pakistan Mian Saqib Nisar on Sunday said that Pakistan is taking off in very platform, adding Pakistan will make progress soon. The chief justice stated while talking to the journalists after inaugurating the 975th annual Urs celebrations of great Sufi saint Hazrat Ali Bin Usman Ali Hajveri, popularly known as Data Ganj Baksh, in Lahore. However, he prayed, “May Allah Almighty gifts us honest, true and pious leaders.” “It appears that Pakistan is now taking off after a long time. It will achieve development goals soon provided that it stays the course,” the chief justice said. CJ Nisar said that the country will continue to face hardships without water reservoirs and stressed the need for their construction at the earliest. He asked the nation to do whatever they can to help build dams in the country. “A man contributed as many as Rs1 billion to dams fund,” the chief justice said and added work on a water reservoir will begin from January. Earlier, he inaugurated the Urs celebrations by laying traditional ‘chadar’ on the grave of Sufi saint.