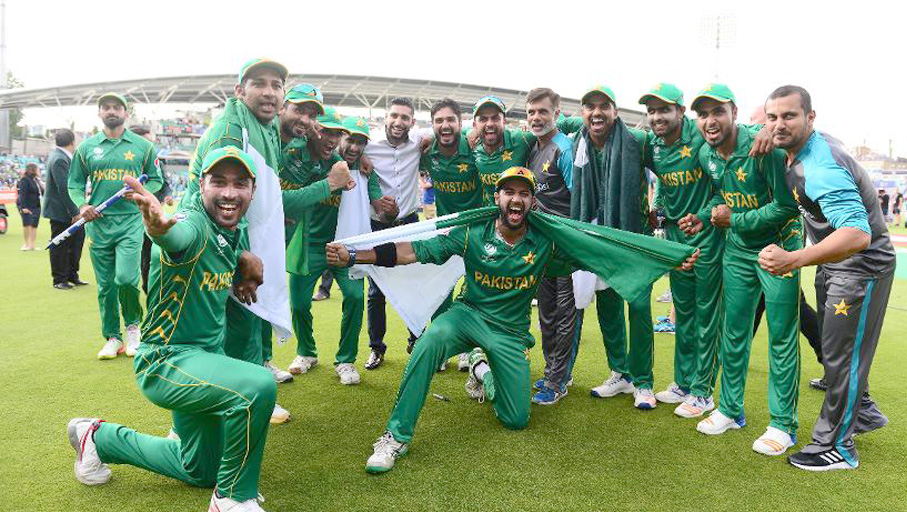 DUBAI (92 News) – Pakistan suffered their first defeat in a T20I series after 11 series wins when they recently lost 2-1 to South Africa but the Men in Green have kept their position at the top of the T20I rankings. The series defeat did mean that Pakistan lost three points and now have 135, with South Africa gaining four points and climbing into third ahead of England and Australia. Second-placed India also lost two points, meaning that Pakistan are still comfortably ahead of the chasing pack with a massive 11-point cushion at the top.

Pakistan cricketers climbed upwards in the latest Men’s T20I Player Rankings released by the International Cricket Council (ICC) today. Babar Azam retained the number one spot in the batsmen’s rankings, after scoring 151 runs in the recently concluded T20 series against South Africa. Hussain Talat gained 19 places to reach 56th position after scoring 98 runs in the series. In the bowlers’ rankings, spin all-rounder Imad Wasim climbed five places to reach the fourth position, while teen pacer Shaheen Shah Afridi moved up 28 places to a career-best 48th rank. Imad is now just one spot behind Shadab Khan, who slipped into third as Indian spinner Kuldeep Yadav moves into second. Fellow all-rounder Faheem Ashraf also suffered in the rankings and fell a spot into ninth. Shadab Khan lost a spot to reach number three in the bowlers’ list. Pakistan, meanwhile, remain the top-ranked T20 side in the world. Despite the three all-rounders’ presence in the top 10 T20I bowlers, none of them managed to break into the all-rounders top five list. Fakhar Zaman had an indifferent tour of South Africa and slipped down one spot into sixth, with Australian power-hitter Glenn Maxwell leapfrogging him.