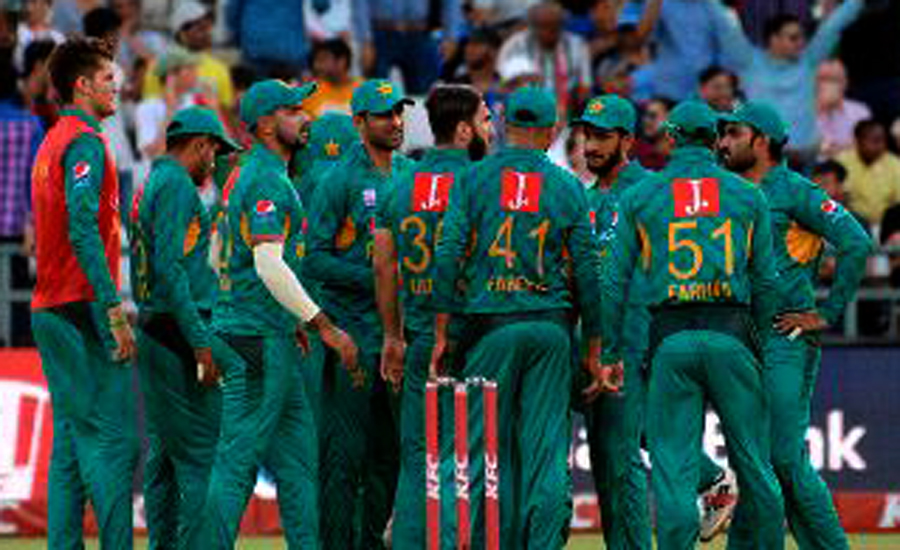 JOHANNESBURG – Pakistan fell short of South Africa by a whisker – six runs – in the first Twenty20 International, and will be desperate to hit back in the second game and take the series into a decider at the Wanderers Stadium, Johannesburg on Sunday. The South African top order had a good outing in the first T20I. While Gihahn Cloete was dismissed for 13, Reeza Hendricks and Faf du Plessis smashed 74 and 78 respectively to provide a fine base for the middle and lower order to build on in the death. However, the batsmen who followed could not replicate their heroics – none managed more than 10 – allowing Pakistan to fight back in the death overs and keep their target within sight. With du Plessos rested for the last two games, a bulk of the responsibility will now fall on the stand-in skipper, David Miller. South Africa couldn't really contain the scoring either, with all of Babar Azam, Hussain Talat and Shoaib Malik getting starts. It's credit to the home bowlers that they came roaring back, taking wickets regularly to ensure Shoaib Malik had to try and do it all by himself. David Miller also played a big role. With four catches and two run-outs, he was a livewire in the field and was adjudged Player of the Match. Pakistan will take heart from their bowlers' performance in the death overs. They took five quick wickets to stun South Africa's middle order, and Usman Shinwari, who returned 3/31, will be raring to go again in Johannesburg. The visitors, however, will be aware of the need for their batsmen to notch a big score. All of Azam, Talat and Malik managed starts, but Pakistan needed someone to go on and get a big score and finish the chase. In tight T20I matches, that is key. There was good news for Pakistan, with Mohammad Hafeez, ruled out of the first game with a hamstring problem, set to return in Johannesburg. Malik, the stand-in skipper, might also consider bringing in one of Shaheen Afridi and Mohammad Amir to infuse more pace into the attack. Key players Babar Azam (Pakistan): Azam, No.1 on the MRF Tyres ICC T20I Batting Rankings, is Pakistan's biggest match-winner in the shortest format of the game. He blazed to a 27-ball 38 in the first game before falling to a run-out set up by a splendid direct hit from Miller. He will hope to go do better next time around. Reeza Hendricks (South Africa): With a bunch of seasoned campaigners rested for the T20I series, Hendricks' contribution at the top of the order will be vital. He is in a rich vein of form currently, and has crossed 40 four times in his last seven international matches. Conditions The forecast predicts a thunderstorm on Sunday. That, coupled with the surface in Johannesburg being seam-friendly, might tempt the captains to have a bowl first. Squads Pakistan: Asif Ali, Babar Azam, Faheem Ashraf, Fakhar Zaman, Hasan Ali, Hussain Talat, Imad Wasim, Mohammad Amir, Mohammad Hafeez, Sahibzada Farhan, Shadab Khan, Shaheen Afridi, Shoaib Malik(c), Usman Shinwari, Mohammad Rizwan. South Africa: Faf du Plessis(c), Gihahn Cloete, Junior Dala, Beuran Hendricks, Reeza Hendricks, Heinrich Klaasen, David Miller, Chris Morris, Willem Mulder, Andile Phehlukwayo, Tabraiz Shamsi, Rassie van der Dussen, Lutho Sipamla, Janneman Malan.