CAPE TOWN (Reuters) - Pakistan’s struggling batsmen must find a way to handle South Africa’s potent pace attack if they are to claw their way back into the three-match series in the second Test that starts on what is likely to be a lively Newlands wicket on Thursday. South Africa claimed the first Test in Pretoria by six wickets inside eight sessions as both bowling attacks found conditions to their liking with seam movement, and at times steep bounce. But it was the hosts’ ability to eke out runs on the challenging wicket that proved the difference as Pakistan’s frail batting line-up withered in the face of quality fast bowling. 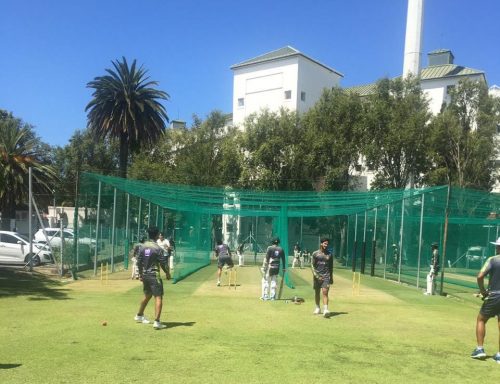 Pakistan coach Mickey Arthur gave his batsmen a dressing down after a second innings collapse that saw them lose nine wickets for 90 runs, but it will take more than words to turn the tour around on a Newlands wicket having similar characteristics to Pretoria. “We are struggling in the second innings. We get a good start but whenever one wicket falls, we are not able to take control of the match,” Pakistan captain Sarfraz Ahmed told reporters after he recorded a pair of ducks in the first Test. “This has been happening for over two years, since Hamilton 2016. It has been so long we now need to realise where we’ve made mistakes. It is everyone’s responsibility, including the coaching staff.” Ahmed has backed the technique of his players, but says it is a mental game for them on more spiteful wickets in South Africa against a quality home attack. 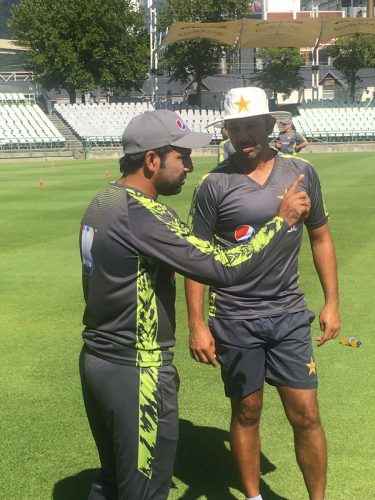 “We lost too many wickets by playing loose shots,” he said. “We get under pressure too quickly and it becomes mentally challenging in the second and fourth innings.” Pakistan have failed to cross 190 in four of their last six test innings, and collapsed while chasing a victory target of 171 despite being 147-4 against New Zealand in Abu Dhabi in November. Their cause in the second Test will not be helped by the expected return from injury of South African seamer Vernon Philander, who has 49 wickets at an average of 16.55 at Newlands. Philander will come back into the side, potentially for 11-wicket hero from the first Test Duanne Olivier, with his return also bolstering the batting line-up in his role as a genuine all-rounder. Another option for the hosts would be to drop spinner Keshav Maharaj, though that would be something of a risk with part-timer Dean Elgar the only slow-bowling alternative and Newlands known to take turn later in the match. “Vernon picks himself at Newlands and his record speaks for itself so he will definitely be back in the side,” South Africa captain Faf du Plessis revealed. “The headache then will be who we leave out and I will be honest, it will be difficult to leave out a guy (Olivier) who took 11 wickets in the match.” 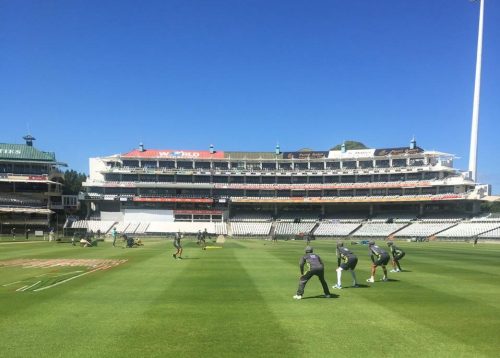 Pakistan will likely see the return of their premier seamer Mohammad Abbas, who missed the first Test with a shoulder injury but has been tipped to be ready for Cape Town. He has made a remarkable start to his Test career with 61 wickets in 12 matches at an average of 16.62. South Africa have won all three previous Tests against Pakistan at Newlands and have only lost four times in 24 matches against the sub-continent side at all venues.