Upon arrival at port Mina Zayed, PN contingent was received by Defence Attaché of Pakistan at Abu Dhabi along with United Arab Emirates(UAE) naval officials. 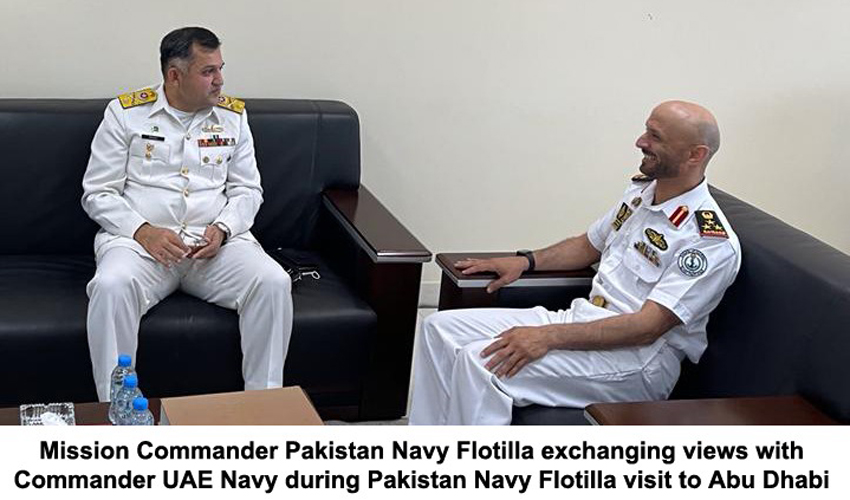 During the interaction, matters of mutual interest were discussed and further enhancement of bilateral ties in all spheres was re-affirmed. The Mission Commander conveyed well wishes from Chief of the Naval Staff Admiral Muhammad Amjad Khan Niazi for the people of UAE and UAE Navy.