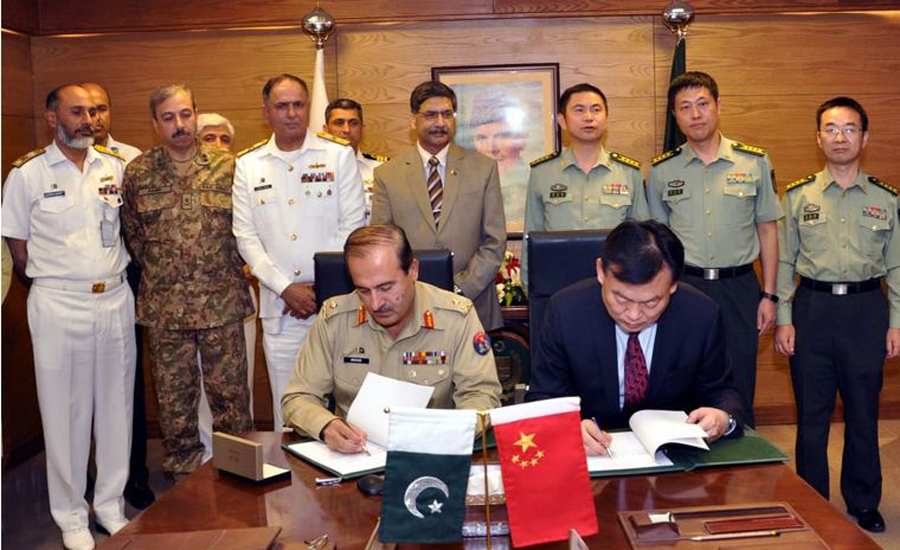 ISLAMABAD (92 News) – Pakistan Navy signed contract for acquisition of two warships with China Shipbuilding Trading Company Ltd (CSTC) at Ministry of Defence Production. According to the press release of Pakistan Navy, Naval Deputy Chief Rear Admiral Faisal Rasul Lodhi was also present on the occasion. After the conclusion of contract, Pakistan Navy will now have four warships Type-054 A in its Fleet by 2021. The induction of these Ships will substantially enhance Pakistan navy’s war fighting capabilities while effectively contributing towards Maritime Security Operations in the region. Warships Type-054 A is an extremely potent and state of the art warship equipped with latest weapons including long range missiles and Hi-tech sensors, capable to undertake operations in all domains of naval warfare. The acquisition of these modern ships is certainly a value addition in Pakistan Navy which is an ardent defenders of National Maritime Interests of Pakistan. The ceremony was attended by high ranking officials and dignitaries from China, Pakistan Navy and the government authorities.