Pakistan not going to establish any ties with Israel: president 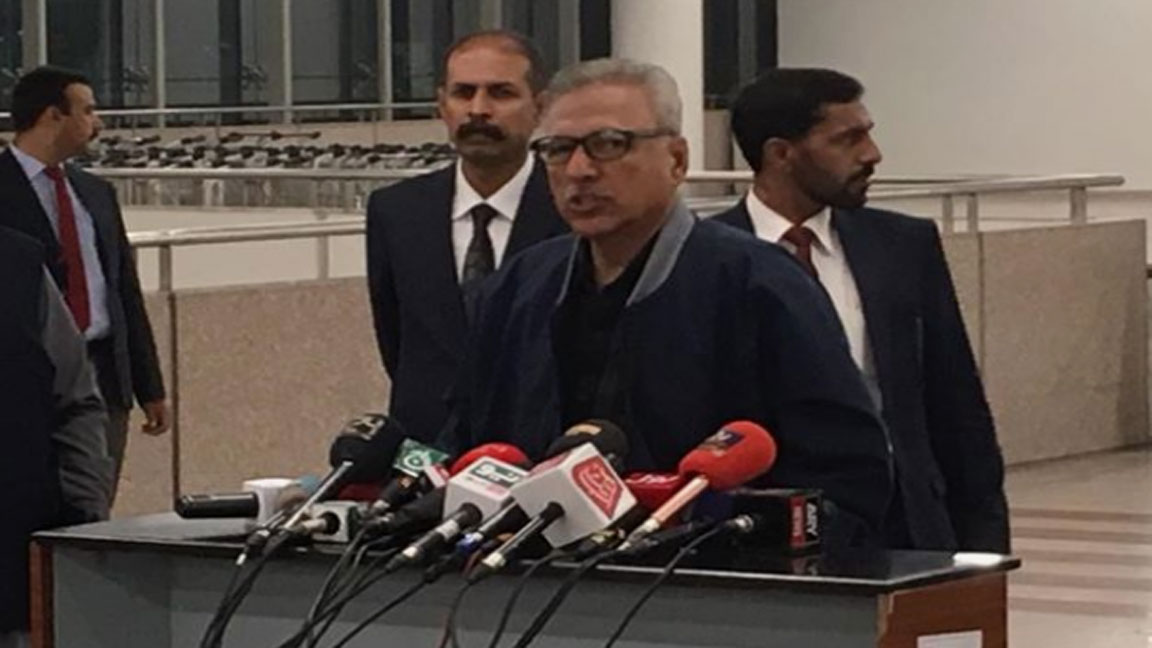 Pakistan not going to establish any ties with Israel: president

ANKARA (92 News) – President Dr Arif Alvi arrived in Istanbul on a three-day visit to Turkey today on the invitation of his Turkish counterpart Recep Tayyip Erdogan. During his stay in Turkey, the President will address the inaugural ceremony of new International Airport of Istanbul. The presidents and prime ministers of several other countries will also participate in the ceremony. President Alvi is also expected to hold bilateral meetings with his Turkish counterpart and leaders of other countries on the occasion. Earlier, talking to newsmen at Islamabad International Airport before his departure, the President said Turkey is an important friend of Pakistan, which has always supported us on all issues, including Kashmir. He said besides Saudi Arabia, we will also invite other friendly countries to invest in the country. To a question, the president termed reports of landing of an Israeli aircraft in Pakistan baseless and unfounded. He said Pakistan is not going to establish any ties with Israel. Pursuing the government's ongoing austerity drive, the president opted to travel through commercial flight. Setting aside the protocol, the president himself got his luggage security screened and went through the immigration process after awaiting his turn in the queue.