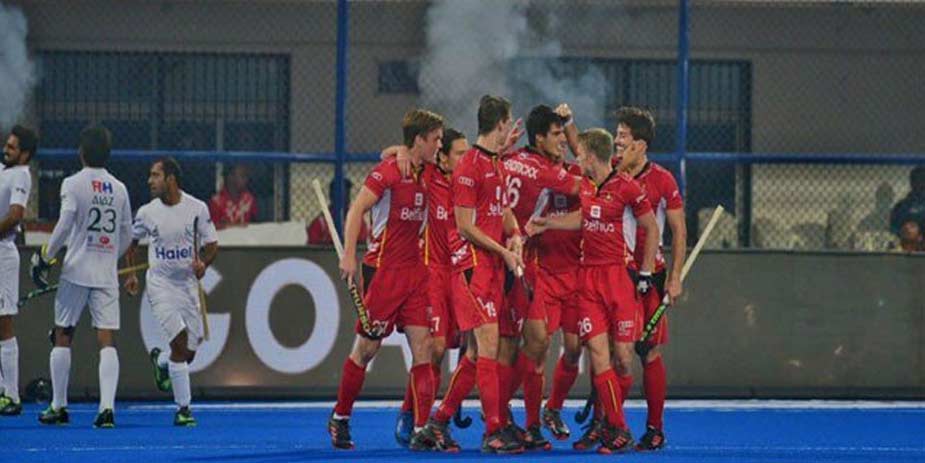 BHUBANESWAR (92 News) – Pakistan crashed out of the ongoing Hockey World Cup in Bhubaneswar, after losing 5-0 to Belgium in an all-important cross-over match. The match was played between the two teams to secure a place in the quarter-final of the tournament. The lone point that the men in green earned in their group D match was against Malaysia, where they were held to a 1-1 draw. They lost their other two games, 1-0 to Germany and 5-1 to the Netherlands. In the second match, Netherlands will play against Canada. Earlier, before this match, Pakistan and Belgium have played against each other twice in the World Cup, with Pakistan winning both the times, 2-0 in 1973 and 3-2 in 2002.