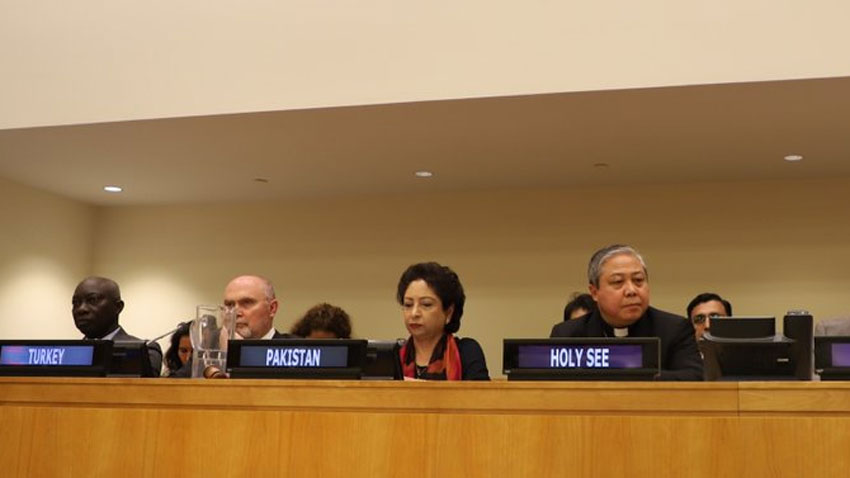 NEW YORK (92 News) – Pakistan has proposed a six-point plan at United Nations to address faith-based hatred and Islamophobia. The plan was proposed by Pakistan’s Permanent representative to the UN, Maleeha Lodhi at an event “Countering terrorism and other acts of violence based on religion or belie” at UN Headquarters. The event was organized by Pakistan with Turkey, the Holy See and the United Nations to discuss this issue and help in charting a way forward. She said that Prime Minister Imran Khan had repeatedly called for urgent action to counter Islamophobia at various forums. Other speakers also called for effective steps to counter the challenge posed by the growing phenomenon of faith-based hatred and violence. On June 19, at a special meeting in New York, Naleeha Lodhi had called for new United Nations Strategy and Plan of Action to combat Islamophobia and hate speech.  She said an inevitable consequence is to fan the flames of bigotry, intolerance, anti-Muslim hatred and xenophobia. Maleeha Lodhi said Prime Minister, Imran Khan, has recently called for urgent action to counter Islamophobia, which is today the most prevalent expression of racism and hatred against ‘the other’. On the occasion, UN Secretary-General Antonio Guterres said that the UN Strategy and Plan of Action provides a system-wide programme with the overriding objective of identifying, preventing and confronting hate speech.