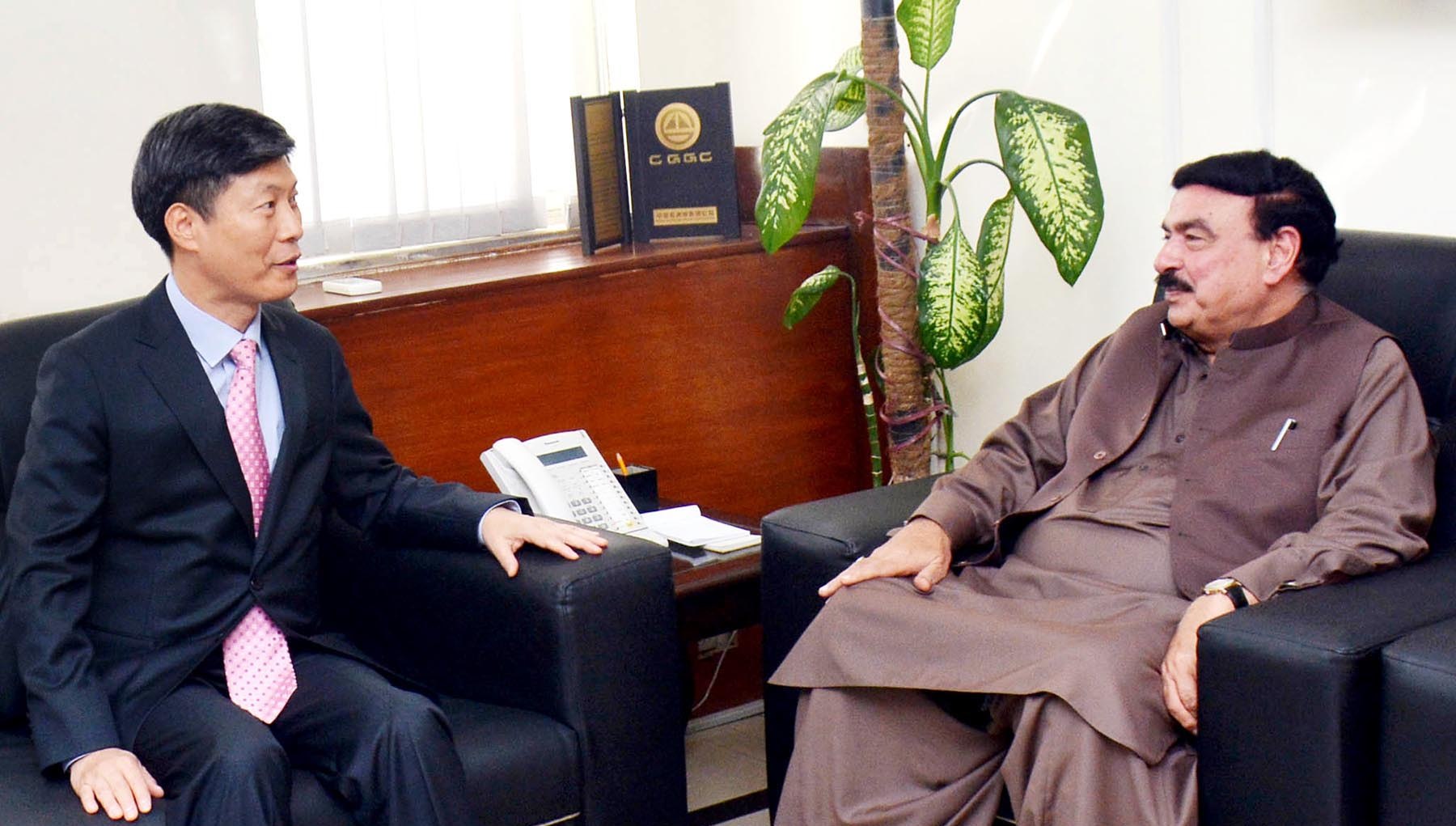 ISLAMABAD (92 News) – South Korea Ambassador to Pakistan Kwak Sung-Kyu called on Minister for Railways Sheikh Rasheed Ahmed on Monday here. During the meeting, Sheikh Rasheed has said that Pakistan Railways is open to all merit-based international investments. The minister assured the ambassador Pakistan Railways is ready for mutual cooperation with South Korea. He said up-gradation of Main Line I, II and III is top priority. The South Korea ambassador showed interest in up-gradation of ML II and III. He said that a high level South Korean delegation is coming to Pakistan on 3rd of next month and will visit different departments of Pakistan Railways . While talking to the press conference, the railways minister criticized the political opponents and said that now only revealed the billions of money laundering from five per cent accounts. Lashing out the opponents, he said that the people, who talking about the efficiency, gave us time to catch the Faludawala’s accounts. Shiekh Rashid termed that Opposition Leader in National Assembly Shehbaz Sharif is also ten steps ahead of his brother Nawaz Sharif.