Pakistan refuses use of its airspace to Indian PM Modi 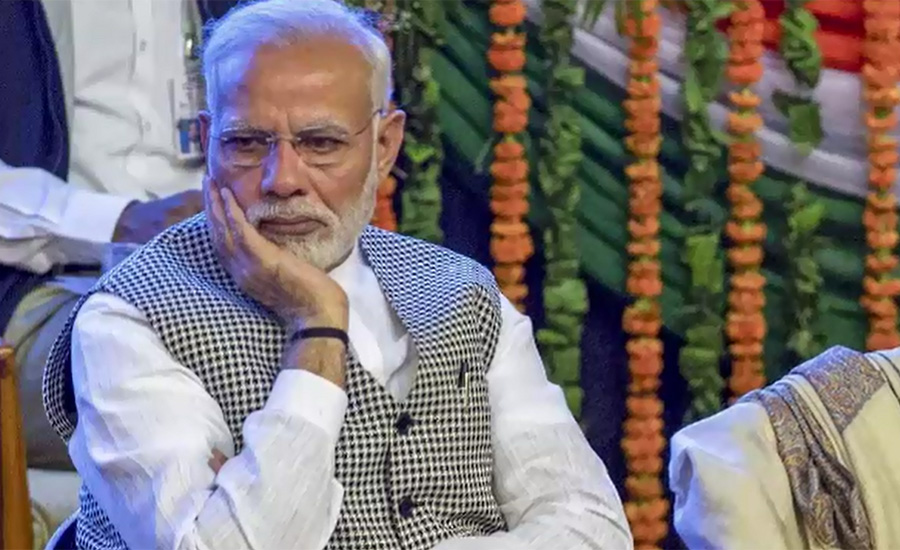 Pakistan refuses use of its airspace to Indian PM Modi

ISLAMABAD (92 News) – Foreign Minister Shah Mahmood Qureshi has said that Pakistan has refused Indian Prime Minister Narendra Modi to use its airspace. In a video message on Wednesday, he said that Modi had sought permission to use the Pakistani airspace for his visit to Germany. "India had requested Pakistan to allow PM Modi to use its airspace to travel to Germany on September 21 and 28. The Indian high commissioner has been informed about Pakistan's decision to not allow Modi's aeroplane to fly over the country.” The minister said that keeping in view the situation in Occupied Kashmir and India's behaviour, including the violence and aggression and the denial of rights in Kashmir, Pakistan had decided not to give permission to the Indian prime minister.

Earlier on September 7, Prime Minister Imran Khan had rejected the request of Indian President Ram Nath Kovind to use the Pakistan airspace. In a message on Saturday, Foreign Minister Shah Mahmood Qureshi said that the Indian president had to visit Iceland on September 8. “We cannot allow the Indian leadership to use the Pakistan airspace due to conditions in Occupied Kashmir,” he said. On August 27, Federal Minister for Science and Technology Fawad Chaudhry had said that Prime Minister Imran Khan is considering a complete closure of airspace to India and a complete ban on use of Pakistan land routes for Indian trade to Afghanistan.

In a tweet, the minister said that these steps were suggested in the federal cabinet meeting and legal formalities for these decisions are under consideration. “Indian Prime Minister Narendra Modi has started and we will finish it,” he said.