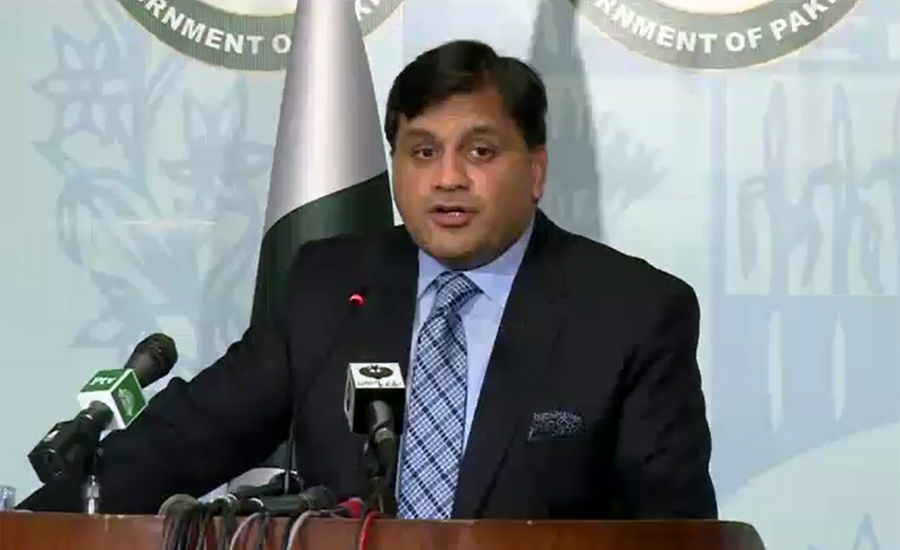 ISLAMABAD (92 News) – Pakistan has rejected the Indian reaction to the statement of Prime Minister Imran Khan on Kashmir. In a press release, Foreign Office Spokesperson said: “We completely reject the comments made by the spokesman of the Indian Ministry of External Affairs (MEA) about Prime Minister Imran Khan's statements and on other Kashmir and Pakistan-related issues.” He said that exposing India's egregious behavior and state terrorism in Indian Occupied Jammu and Kashmir is part of their international obligations and moral responsibility to the Kashmiri victims of Indian repression. “If India feels provoked, it is only because India is unwilling to face the truth about its indefensible actions that are driven by the toxic mix of an extremist ideology and hegemonic ambitions.” The FO spokesperson said that equally reprehensible are India’s pretentions of casting itself as a ‘normal’ country. “The international community would like to ask as to what normal country cages eight million people in an inhuman lockdown for over two months and deceives the world by claiming that ‘everything is fine.’ Similarly, what normal country provides space and political patronage to the perpetrators of mob lynchings by cow vigilantes and repugnant schemes like gharwapsi and love Jihad?” he said. He said that India would be well-advised to keep its lectures on diplomacy and normality to itself. “All we would like to stress is, ‘Physician, heal thyself’,” he said.