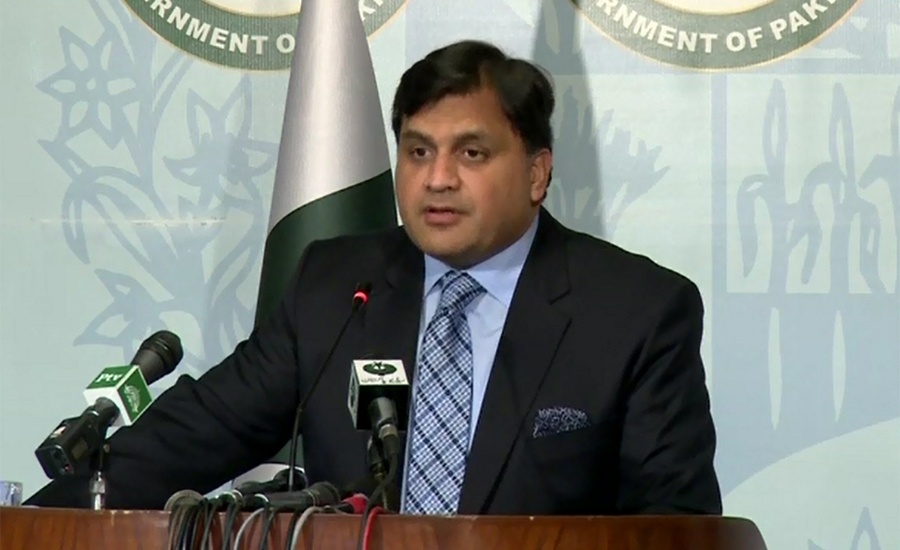 ISLAMABAD (92 News) – Pakistan has strongly condemned and rejected the announcements made by the Indian government regarding to abolish the special status of Indian-occupied Kashmir (IoK). In a statement issued on Monday, Foreign Office spokesperson Dr Muhammad Faisal said the IoK is an internationally recognized disputed territory. He said no unilateral step by the Indian government can change this disputed status, as enshrined in the UN Security Council (UNSC) resolutions. “Nor will this ever be acceptable to the people of Jammu and Kashmir and Pakistan.” The FO spokesperson said as the party to this international dispute, Pakistan will exercise all possible options to counter the illegal steps. Dr Faisal said Pakistan reaffirms its abiding commitment to the Kashmir cause and its political, diplomatic and moral support to the people of Indian-occupied Kashmir for realization of their inalienable right to self-determination. Earlier in the day, the Indian government on Monday rushed through a presidential decree to scrap a special status for Indian-held Jammu Kashmir, hours after imposing a major security clampdown in the region. Amit Shah has announced to abrogate Articles 370 and 35A from its constitution, which gives special status and rights to the people of occupied Jammu and Kashmir. The announcement was made by Indian Home Minister Amit Shah while addressing in Rajya Sabha, upper house of Indian parliament. Amit Shah also announced that Jammu and Kashmir would be re-organized geographically. Amit Shah also announced that Jammu and Kashmir now a union territory with legislature,and it is no more a State. He also announced that Ladakh will also be union territory without legislature. He said that President of India had issued a notification in this regard. After Amit Shah proposed that the regulation under Article 370 will not be applicable after Presidential nod, the Rajya Sabha witnessed massive uproar with the opposition slamming the Centre over the move. The opposition denied to accept the decision of government and harshly reacted on the bill. Before the introduction of the bill, the Kashmir issue rocked the Rajya Sabha as Congress leader Ghulam Nabi Azad raised the current situation in Kashmir. “Entire Kashmir is under curfew. It’s a war-like situation. Three chief ministers are under house arrest. That should be discussed first,” Ghulam Nabi Azad said in the Rajya Sabha.