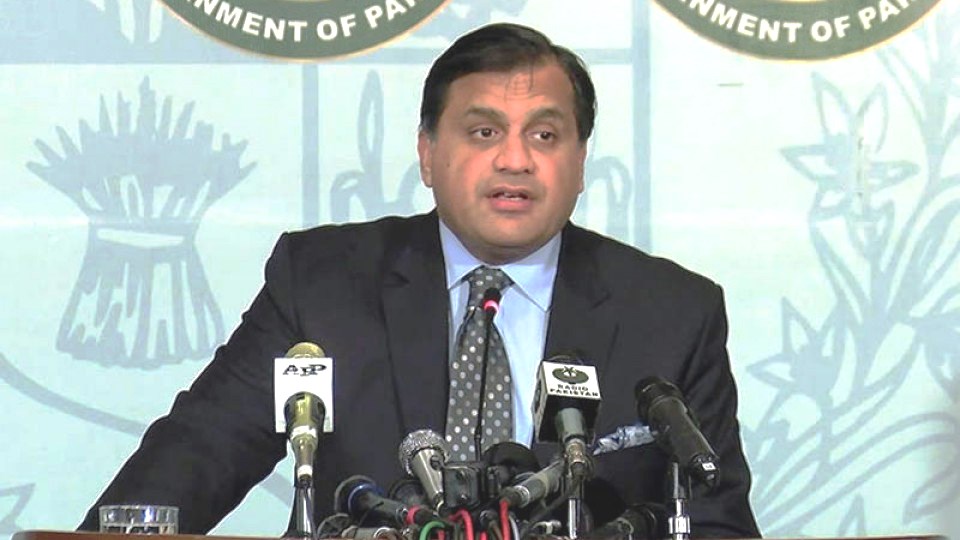 ISLAMABAD (92 News) – Pakistan on Thursday rejected the objections of India against a bus service to China, passing though Azad Jammu Kashmir (AJK) under China Pakistan Economic Corridor (CPEC) project. “We reject the Indian Ministry of External Affairs' (MEA) purported protest and statement regarding bus service through China-Pakistan Economic Corridor (CPEC),” the Foreign Office (FO) spokesperson Dr Faisal said in his weekly press briefing. However, the new bus service will be launched between Lahore in Pakistan and Kashgar in China via AJK on November 3. India on Wednesday said it had lodged strong protests with China and Pakistan over a proposed bus service between the two countries through Azad Jammu Kashmir. – Pakistan summons India’s envoy – Indian Deputy High Commissioner J P Singh was summoned to Foreign Office on Thursday and a strong protest was lodged over unprovoked ceasefire violations by the Indian occupation forces along the Line of Control today in Leepa Sector, resulting in martyrdom of one innocent civilian in Bijildar village. In a statement issued today, Foreign Office spokesperson Dr Muhammad Faisal said the Indian forces along the Line of Control and the Working Boundary are continuously targeting civilian populated areas with heavy weapons. He said the Indian forces have so far carried out over 2300 ceasefire violations along the Line of Control and the Working Boundary this year, resulting in martyrdom of 34 innocent civilians and injuries to 135 others. The spokesperson said deliberate targeting of civilian populated areas is indeed deplorable and contrary to human dignity, international human rights and humanitarian laws. He said the ceasefire violations by India are a threat to regional peace and security and may lead to a strategic miscalculation. Dr Faisal said the Indian side was urged to respect the 2003 ceasefire arrangement; investigate this and other incidents of ceasefire violations; instruct the Indian forces to respect the ceasefire in letter and spirit and maintain peace on the LoC and the Working Boundary.