ISLAMABAD (92 News) – Pakistan and Saudi Arabia have signed several agreements and Memorandums of Understanding (MoUs) in different sectors. The signing ceremony was held Prime Minister’s House in Islamabad tonight. The ministers of both the countries signed the agreement and MoUs in the presence of Crown Prince Muhammad Bin Salman, Prime Minister Imran Khan. 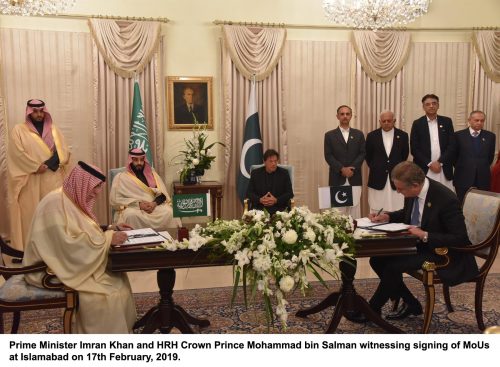 The sectors include cooperation in production of electricity, establishment of refinery petrochemical plant, promotion of sports and technical assistance in standardization sector. 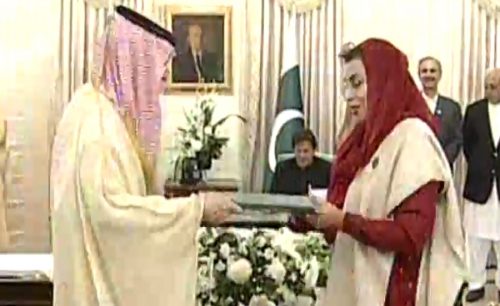 The ministers of both the countries and delegations also attended the ceremony. 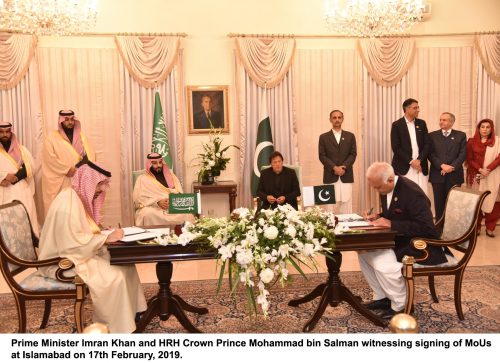 Meanwhile, one to one meeting was held between Crown Prince Mohammed bin Salaman and PM Imran Khan. The leaders exchanged views to extend the bilateral relation of both the countries during the meeting. 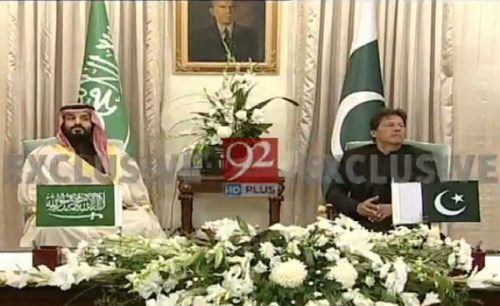