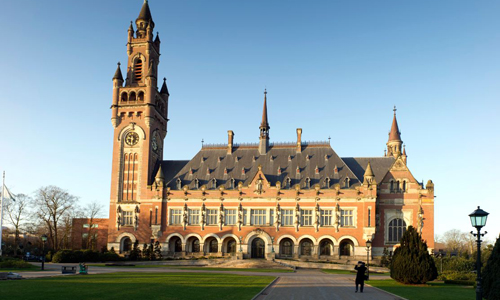 THE HAGUE (92 News) – The International Court of Justice has reserved judgment on the Indian plea about the Kulbhushan issue.

The court will soon pronounce the verdict.

Giving their arguments, counsels for Pakistan challenged the jurisdiction of (ICJ) on the Kalbhushan issue and hence it cannot hear the case.

They said that Kulbhushan is a terrorist, had come to Pakistan through a fake passport and confessed to terrorism in Pakistan.

They said that the Indian plea is the violation of the 2008 India-Pakistan Consular Access Accord and Indian arguments are full of misinterpretations and contradictions.

The counsels said that Pakistan had provided solid proofs of Kulbhushan’s activities, but India had not presented the proofs to court which were provided by Pakistan.

They also said that Kulbhushan is a spy and does not have the right to the counselor access.

They stated that the Kulbhushan issue is not of emergency nature. “A spy cannot be given relief through the ICJ,” he maintained.

Earlier, Indian counsels stated that Pakistan should be directed to suspend the death sentence of Kalbhushan Jadhav and the verdict has hurt his basic rights.

They said that Pakistan had denied counselor access to Kalbhushan. “The present situation is very serious and emergency,” he said.