DHAKA (92 News) – Pakistan defeated the United Arab Emirates (UAE) by seven wickets at Sher-e-Bangla National Stadium on Monday. Batting first after winning the toss, the UAE amasses 129 runs for the loss of seven wickets in the stipulated 20 overs. Shaiman Anwar (46), Muhammad Usman (21) and Amjad Javed (27) were the main scorers. Muhammad Amir and Muhammad Irfan took two wickets, while Muhammad Sami and Shahid Afridi got one wicket each. In reply, Pakistan achieved the target for the loss of three wickets in 18.4 overs. Shoaib Malik (69), Umar Akmal (50) and Muhammad Hafeez (11) were top scorers. Amjad Javed took three wickets. Shoaib Malik was declared Man of the Match. SCOREBOARD 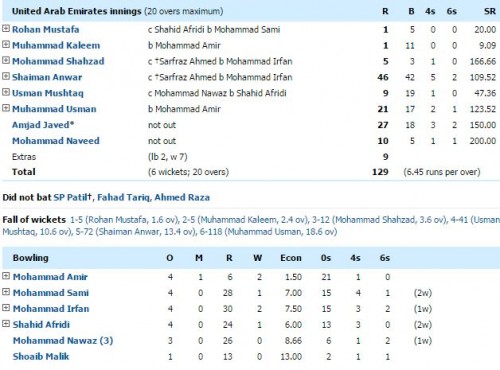 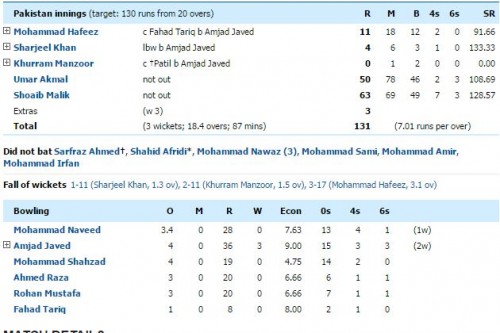