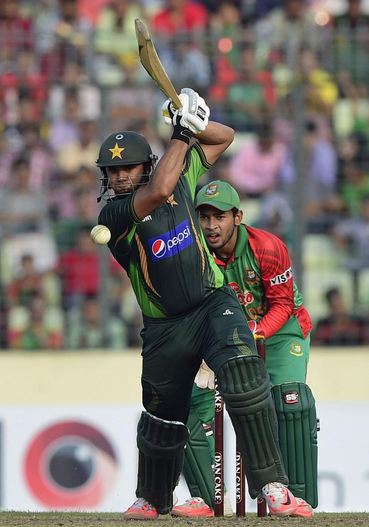 DHAKA – After winning the toss, Pakistan scored 250 runs before being all-out in 49 overs in the third and final ODI against Bangladesh at the Sher-e-Bangla National Stadium on Wednesday, 92 News reported. Putting his debut cap on for the ODI, Sami Aslam opened the innings positively with team captain Azhar Ali. Sami hit seven boundaries for his 45, before being caught by Mushfiqur Rahim on the bowl of Mashrafe Mortaza. Azhar Ali was in his best form, scoring a century including 10 boundaries. Also, Haris Sohail was a good show for Pakistan with a half century. However, the rest of the team struggled and failed to put an impressive total on the scoreboard. After Azhar’s dismissal, seven wickets fell contributing a total of 47 runs. Bangladesh’s Shakib Al Hasan, Arafat Sunny, Rubel Hossain and Mashrafe Mortaza bagged two wickets each. Nasir Hossain chipped in with one wicket. SCOREBOARD 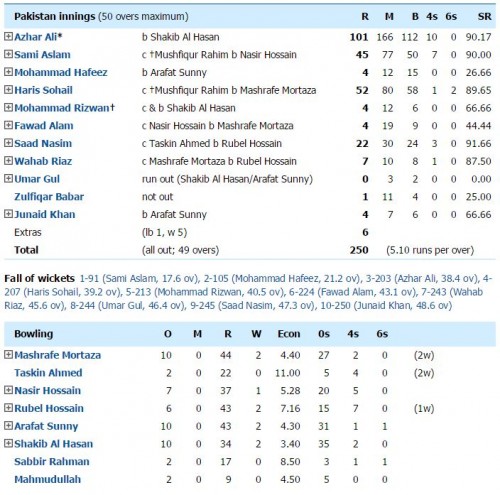