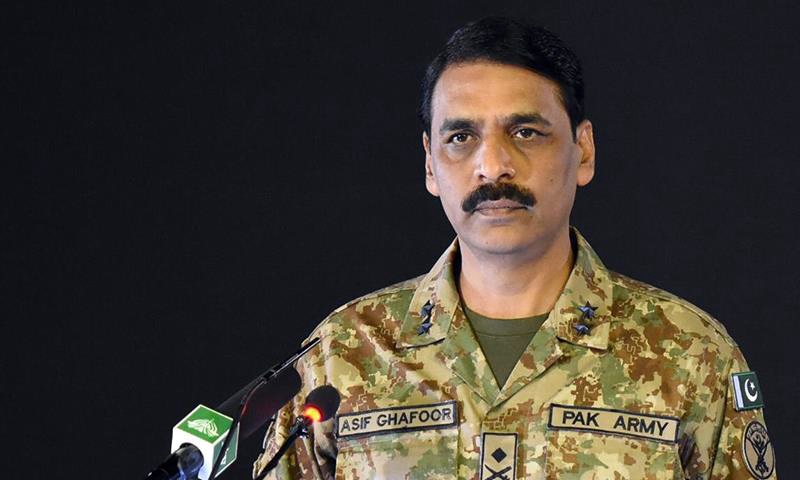 RAWALPINDI (92 News) – Reacting to the ceasefire violations of India occupation of forces, Inter-Service Public Relation (ISPR) Director General (DG) Maj Gen Asif Ghafoor said that Pakistan shall give befitting response to Indian violations along line of control (LoC). In his tweet, the DG ISPR said that the increased Indian ceasefire violations (CFVs) indicate their frustration due to failure in Indian Occupied Jammu and Kashmir. “Ceasefire violations are being and shall always be effectively responded. Pakistan Army shall take all measures to protect innocent civilians along LoC from Indian firing deliberately targeting them,” the Pakistan Army spokesperson tweeted.

Increased Indian Cease Fire Violations (CFVs) indicate their frustration due to failure in IOJ&K. CFVs are being & shall always be effectively responded. Pak Army shall take all measures to protect innocent civilians along LOC from Indian firing deliberately targeting them.

https://www.youtube.com/watch?v=mjxBYi-zsas His tweet comes after a youth was martyred and nine civilians injured when Indian troops resorted to unprovoked firing of mortars and artillery guns along Line of Control, deliberately targeting civil population in Danna, Dhddnial, Jura, Lipa, Sharda and Shahkot sectors on Tuesday. According to ISPR, the martyred youth was identified as Nouman Ahmed, 26. The injured, including women and children, were evacuated to hospitals. The DG ISPR said that Pakistan army troops responded effectively targeting posts undertaking fire. “There are reports of three Indian soldiers dead, many injured besides damage to Indian posts,” he added. Earlier today, Indian Deputy High Commissioner (HC) Gaurav Ahluwalia was summoned to Foreign Office on Wednesday, Pakistan lodged a strong protest over unprovoked ceasefire violations by the Indian occupation forces along the LoC on Thursday and Sunday last. In a statement, Foreign Office spokesperson Dr Muhammad Faisal said the Indian forces along the LoC and Working boundary have continuously been targeting civilian populated areas with heavy mortars and automatic weapons which still continue. He said the deliberate targeting of civilian populated areas is indeed deplorable and contrary to human dignity and international human rights laws. The FO spokesperson said the ceasefire violations by India are a threat to regional peace and security and may lead to a strategic miscalculation. He urged the Indian side to respect the 2003 Ceasefire arrangement; investigate these and other incidents of ceasefire violations, instruct the Indian forces to respect the ceasefire in letter and spirit and maintain peace on the LoC and the Working Boundary.