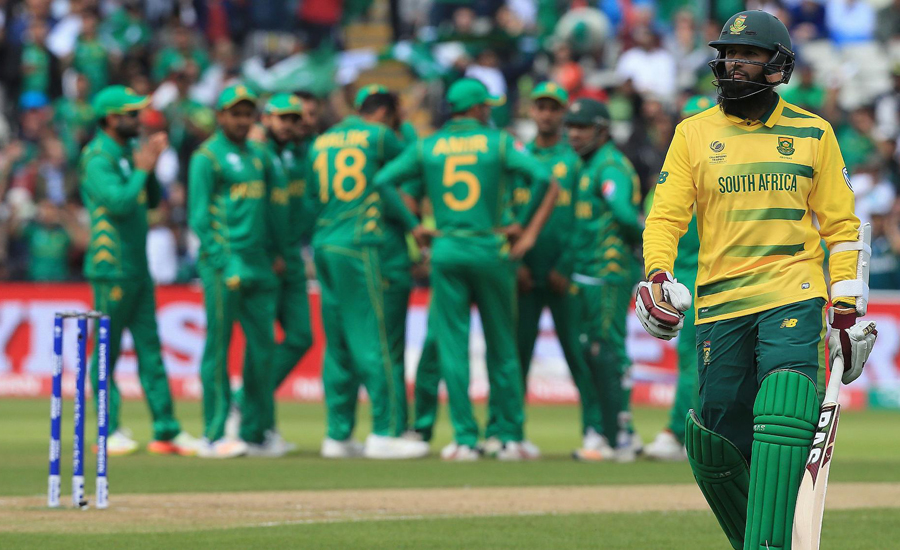 PORT ELIZABETH – South Africa and Pakistan will lock horns in a five-match one-day international series, the first of which will be played at St George's Park, Port Elizabeth on Saturday. Having completed a comprehensive sweep over Pakistan in the three-Test series, hosts South Africa will hope to extend their dominant run of form into white-ball cricket. Skipper Faf du Plessis, who, at No 7, is also South Africa's top-ranked player in the ICC ODI Player Rankings for batting, will be keen to get a series victory under his belt ahead of the 2019 ICC Men's Cricket World Cup. The Proteas' bowling attack looks potent with the likes of Kagiso Rabada, Imran Tahir, and Andile Phehlukwayo in their ranks. Additionally, Duanne Olivier, who was exceptional in the Tests, has also been drafted into the 14-man squad in place of the rested Dale Steyn for the first two ODIs. Their batting line-up, however, looks a tad inexperienced, with JP Duminy out with injury and Quinton de Kock rested. A lot will depend on the experienced duo of du Plessis and Hashim Amla in the first two games. Pakistan, on the other hand, will want to bounce back quickly from the setback in the Test series. They are a more cohesive unit in the shorter format of the game and stand fifth on the ICC ODI Team Rankings, just behind South Africa. Pakistan's pace battery, which has been their strongest suit over the years, looks daunting once again. The likes of Hasan Ali, Mohammad Amir and Shaheen Afridi will enjoy bowling on the seam-friendly conditions in Port Elizabeth. The teenager Afridi impressed in bursts during the Test series, claiming nine Proteas scalps in two games. The visitors will rely heavily on their experienced batting line-up, especially seasoned campaigners like Shoaib Malik and Mohammad Hafeez. In-form batsmen Shan Masood and Babar Azam – Pakistan's leading run-scorers in the Test series – will also play a significant part. Key players Babar Azam (Pakistan): Azam, who is No.5 on the MRF Tyres ICC ODI Batting Rankings, is the lynchpin that holds the Pakistan line-up together. He returned impressive performances in the Test series, notching up two fifties in six innings. He might very well be the key to their chances in the first ODI. Faf du Plessis (South Africa): With Duminy and de Kock out of the game, a large chunk of the batting responsibility will fall on the Proteas skipper. With 434 runs in eight innings at an average of 62, he was South Africa's leading run-scorer in 2018 in ODI cricket. His contribution with the bat and as a captain will be crucial to the hosts' starting the series with a win. Conditions The forecast for Port Elizabeth predicts cloudy conditions midway through the game, which, in South African conditions, may be conducive to seam bowling. Squads Pakistan: Sarfaraz Ahmed(c), Babar Azam, Faheem Ashraf, Fakhar Zaman, Hasan Ali, Hussain Talat, Imad Wasim, Imam-ul-Haq, Mohammad Amir, Mohammad Hafeez, Mohammad Rizwan, Shadab Khan, Shaheen Afridi, Shan Masood, Shoaib Malik, Usman Khan South Africa: Faf du Plessis(c), Hashim Amla, Reeza Hendricks, Imran Tahir, Heinrich Klaasen, David Miller, Dane Paterson, Andile Phehlukwayo, Dwaine Pretorius, Kagiso Rabada, Tabraiz Shamsi, Rassie van der Dussen, Aiden Markram, Duanne Olivier. –ICC