Pakistan standing with its Palestinians as per envision of Quaid-e-Azam: PM 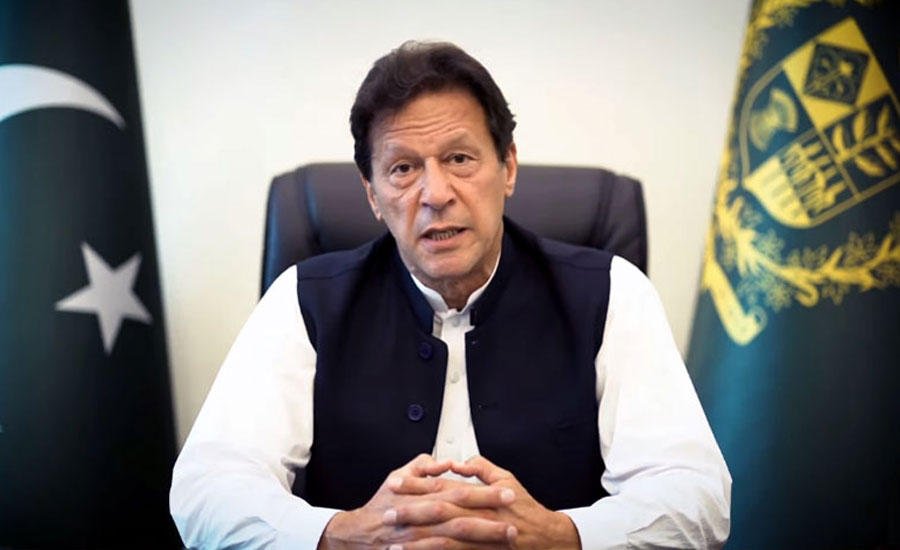 Pakistan standing with its Palestinians as per envision of Quaid-e-Azam: PM

ISLAMABAD (92 News) - PM Imran Khan has said that Pakistan, since its inception, has been pursuing a policy of supporting the Palestine issue at all forums and standing with its Palestinian brothers and sisters as per envision of its founding father Quaid-e-Azam Muhammad Ali Jinnah.

In a video message to express solidarity with the people of Palestine against Israeli aggression, the prime minister said that public opinion on the Palestine issue is being changed and the day is not far away when Palestinians will get their just rights.

He also said social media played a commendable role in reshaping the public opinion and now voices from western countries are also being heard in favor of Palestinians.

Commending the people of Pakistan for expressing solidarity with the Palestinians today (Friday), he said Israel has committed an inhuman aggression by targeting Palestinian worshippers at Al-Aqsa Mosque on the night of 27 Ramadan, which is very sacred for Muslims. He said Israeli settlers forcibly evicted some Palestinian families from their own houses.

Imran khan said just after coming to know the Israeli attacks on Palestinians, he contacted the Secretary General of OIC and urged him to take up this matter and highlight it at the UN level. He said, besides, he talked to Saudi, Turkish, and Palestinian leadership and assured them that Pakistan will stand by their Palestinian brethren in every thick and thin.