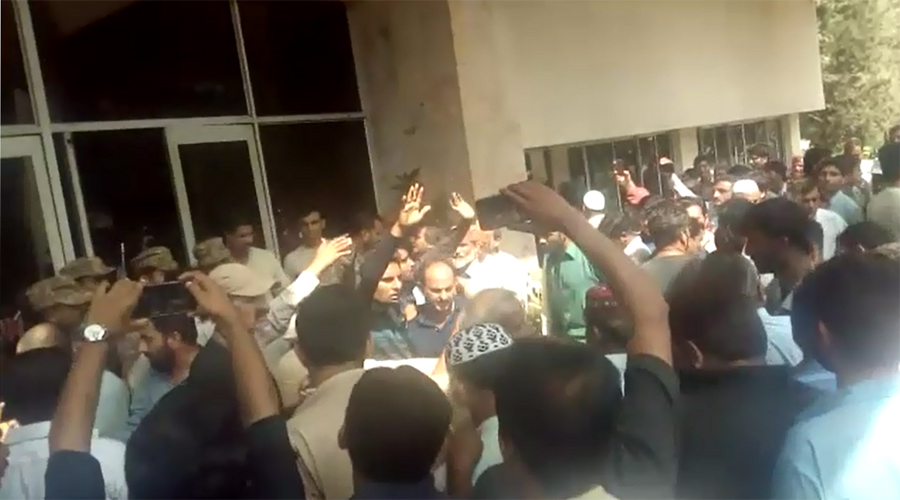 KARACHI (92 News) – The workers of Pakistan Steel Mill staged a protest on Thursday against the non-payment of dues. The workers protested outside the operation building. When nobody negotiated, the raged protestors went on to break the mirrors of the building. The protestors chanted slogans against the administration for not getting their salaries for five months. Security officials reached the scene on getting information and dispersed the protestors. The steel mill workers said that there family was starving due to the non-payments of salaries. They demanded of the government to resolve the matter on urgent basis.